As I ponder my next blog, i have a ton of hobbies I could be writing on, things I could be interested in starting up, trying new things, expanding my green energy projects, designing plans for a new house on our property… all sorts of fun things to think about.

My problem is,… right now my mind is consumed with the news of the world and biblical prophecy. I think this is it folks. I could be wrong but I feel something, the tensions building. We have more reasons to start World War 3 then those that were occurring and that triggered the first two world wars.

World War 1  http://en.wikipedia.org/wiki/Causes_of_World_War_I The underlying causes of World War I, which began in the Balkans in late July 1914, are several. Among these causes were political, territorial and economic conflicts among the great European powers in the four decades leading up to the war. Additional causes were militarism, a complex web of alliances, imperialism, and nationalism. The immediate origins of the war, however, lay in the decisions taken by statesmen and generals during the July Crisis of 1914 caused by the assassination of Archduke Franz Ferdinand and his wife Sophie by Gavrilo Princip, an ethnic Serb and Yugoslav nationalist from the group Young Bosnia, which was supported by the Black Hand, a nationalist organization in Serbia.[1]

Tensions created by those ideologies and the dissatisfactions of those powers with the interwar international order steadily increased. Italy laid claim on Ethiopia and conquered it in 1935, Japan created a puppet state in Manchuriain 1931 and expanded beyond in China from 1937, and Germany systematically flouted the Versailles treaty, reintroducing conscription in 1935 after having secretly started re-armament, remilitarizing the Rhineland in 1936,annexing Austria in March 1938, and the Sudetenland in October 1938.

All those aggressive moves met only feeble and ineffectual policies of appeasement from the League of Nations and the Entente Cordiale, in retrospect symbolized by the “peace in our time” quote at theMunich Conference, that had allowed the annexation of the Sudeten from interwar Czechoslovakia. When the German Führer broke the promise he had made at that conference to respect that country’s future territorial integrity in March 1939 by sending troops into Prague, its capital, breaking off Slovakiaas a German client state, and absorbing the rest of it as the “Protectorate of Bohemia-Moravia“, Britain and France tried to switch to a policy of deterrence.

What I find interesting is the second paragraph in the above about ‘feeble and ineffectual policies of appeasement’. This is exactly what the European Union and the US and Nato are doing and did in several cases:

I could go on. The world does nothing and will do nothing. When Russia invades Israel, Britain and the US will not act, they will be left asking silly questions:

Ezekiel 38:13 Sheba and Dedan and the merchants of Tarshish and all her villages will say to you, “Have you come to plunder? Have you gathered your hordes to loot, to carry off silver and gold, to take away livestock and goods and to seize much plunder?”‘

There is no world super power or NATO or other force coming to help. This leaves it up 100% to God to protect Israel and He will act. 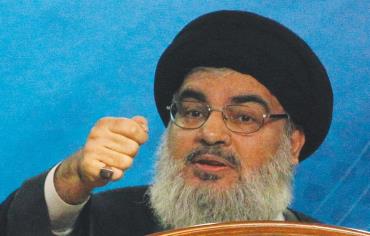 We are at a point now where leaders have no will to control and manage the world anymore, they think talking and deals will suffice with the fundamentalists. Even  terrorist organizations are calling IS a monster (http://www.jpost.com/Middle-East/Hezbollah-leader-Nasrallah-sees-Islamic-State-as-growing-monster-and-threat-to-Gulf-and-Jordan-371237)

In a world where the rival terrorist groups finally come out and denounce other terrorist groups as monsters, it tells you the world community is basically doing nothing other than talking.

Whats to come of all this, this is speeding up the downward spiral of the world into conflict, and into biblical times and only increases and I think multiplies the chances and reasons for the full economic collapse – as oil fields and production are targeted and in jeopardy.  As energy  /oil goes, so goes the world economy because its energy that moves goods, transports food etc. When that is threatened and prices rise, the nations all the sudden have to do drastic things AND fast to prevent starvations of their own citizens.

Luke 21:9  9 But when ye shall hear of wars and commotions, be not terrified: for these things must first come to pass; but the end [is] not by and by. 10 Then said he unto them, Nation shall rise against nation, and kingdom against kingdom: 11 And great earthquakes shall be in divers places, and famines, and pestilences; and fearful sights and great signs shall there be from heaven. 12 But before all these, they shall lay their hands on you, and persecute [you], delivering [you] up to the synagogues, and into prisons, being brought before kings and rulers for my name’s sake. 13 And it shall turn to you for a testimony. 14 Settle [it] therefore in your hearts, not to meditate before what ye shall answer: 15 For I will give you a mouth and wisdom, which all your adversaries shall not be able to gainsay nor resist. 16 And ye shall be betrayed both by parents, and brethren, and kinsfolks, and friends; and [some] of you shall they cause to be put to death. 17 And ye shall be hated of all [men] for my name’s sake. 18 But there shall not an hair of your head perish. 19 In your patience possess ye your souls. 20 And when ye shall see Jerusalem compassed with armies, then know that the desolation thereof is nigh. 21 Then let them which are in Judaea flee to the mountains; and let them which are in the midst of it depart out; and let not them that are in the countries enter thereinto. 22 For these be the days of vengeance, that all things which are written may be fulfilled. 23 But woe unto them that are with child, and to them that give suck, in those days! for there shall be great distress in the land, and wrath upon this people. 24 And they shall fall by the edge of the sword, and shall be led away captive into all nations: and Jerusalem shall be trodden down of the Gentiles, until the times of the Gentiles be fulfilled. 25 And there shall be signs in the sun, and in the moon, and in the stars; and upon the earth distress of nations, with perplexity; the sea and the waves roaring; 26 Men’s hearts failing them for fear, and for looking after those things which are coming on the earth: for the powers of heaven shall be shaken. 27 And then shall they see the Son of man coming in a cloud with power and great glory. 28 And when these things begin to come to pass, then look up, and lift up your heads; for your redemption draweth nigh. 29 And he spake to them a parable; Behold the fig tree, and all the trees; 30 When they now shoot forth, ye see and know of your own selves that summer is now nigh at hand. 31 So likewise ye, when ye see these things come to pass, know ye that the kingdom of God is nigh at hand. 32 Verily I say unto you, This generation shall not pass away, till all be fulfilled. 33 Heaven and earth shall pass away: but my words shall not pass away. 34 And take heed to yourselves, lest at any time your hearts be overcharged with surfeiting, and drunkenness, and cares of this life, and [so] that day come upon you unawares. 35 For as a snare shall it come on all them that dwell on the face of the whole earth. 36 Watch ye therefore, and pray always, that ye may be accounted worthy to escape all these things that shall come to pass, and to stand before the Son of man.