Back on the homestead

I’m back after a week in Ontario for work. A number of thoughts have rolled around in my head and I’ll just blab on them I think below… 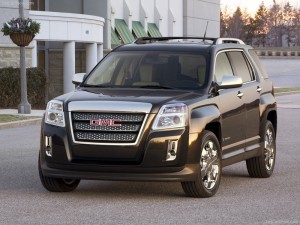 So my rental this time was an SUV, a GMC Terrain to be exact. New cars are always interesting, you get to see all the new features and options and switches and stuff they have. This one had the backup camera in it which automatically turns itself on when you’re in reverse. First thoughts on that is that its actually a pretty nice feature to compliment your regular rubber necking. It gives you a nice fisheye view directly behind the car to give you confidence you aren’t running into a curb or child or whatever more-so than just craning your neck to see or using the mirrors. My other thought about this technologically advanced car is that what happens when the computer dies in it? You’re totally hosed, every single feature is inoperable. The whole thing is electronics and wires, even more again than our dodge caliber. I’m thinking what what happen if a Carrington event happened in this day and age. these vehicles would be so obviously done for. Rendered completely useless, no better than a paper weight except for the fact that they could be used at least as shelter in some fashion.

[box] http://en.wikipedia.org/wiki/Solar_storm_of_1859 The solar storm of 1859, also known as the Carrington Event,[1] was a powerful geomagnetic solar storm in 1859 during solar cycle 10. A solar flare or coronal mass ejection hit Earth’s magnetosphere and induced the largest known solar storm, which was observed and recorded by Richard C. Carrington.[/box]

Similar to an event like that would be an EMP though for various reasons I don’t think it would affect us directly in Canada beyond the cascading grid failures that would occur. Overall, it just makes me so aware that our vehicles are SO dependant on electronics. And electronics, at least those in cars are things the regular joe can’t fix himself. Its not like you can tinker with the engine, find a loose wire or distributor cap and get the car running again. No, if these fail, your car is dead usually until the computer is replaced. One thing is for sure, it ensures that the car dealerships have recurring revenue from service and maintenance schedules! I really would like to get an old VW Bug – no electronics, classic bare bones engine with which the common man can tinker and fix.

Oh, and this thing was NOT good on gas… if you were thinking of getting a Terrain.

The next thing is that I do miss being home. I did notice the pigs were larger just after a week! And the grass has WELL overgrown – it hasn’t been cut in a couple weeks cause my mower gearbox busted. THe sheer pin indeed sheered off and once I opened it I noticed damage to some of the bearings as well. I did order a bearing kit / rebuild kit for it so I’ll need to install that then cut down the forest that our lawn has become and hope I don’t hit any toys, extension cables or hoses that are well camouflaged by the tall grass. Thats on my list for today – at least to complete the rebuild.. The grass is VERY wet today and its a grey day anyways.

Those are all my thoughts on the grey day. Had a bunch of catch up to do with all the animals, need to get more feed for them all. The current assortment of animals: layer chickens, meat birds and the pigs. These amount to 4 different sets of food and water that need to be managed though I do intend to simplify the layer set (2 sets right now) as soon as the Chanteclers get laying.

ok, thats all for now!