Our recent power outages are sobering. Odd coming from me who wishes for outages and even more so since none of our outages to date have really been that long.  Yesterday we had one for about an hour, late last night one lasted 4 or 5 hours.

The quick realization is that even for someone like me who has power packs, solar setups, backup plans etc, a power outage longer than 2 hours or so really changes the game. The only thing we REALLY need power for is for my incubator and the chicks aquarium. The chicks in the aquarium are a couple weeks old and they have in their space a thermal mass by way of a large jar of water with a lid. When the power goes out, that jar is already heated up to ambient (round 30 degrees now in there) temperature. It will then slowly give off its warmth for a few hours. 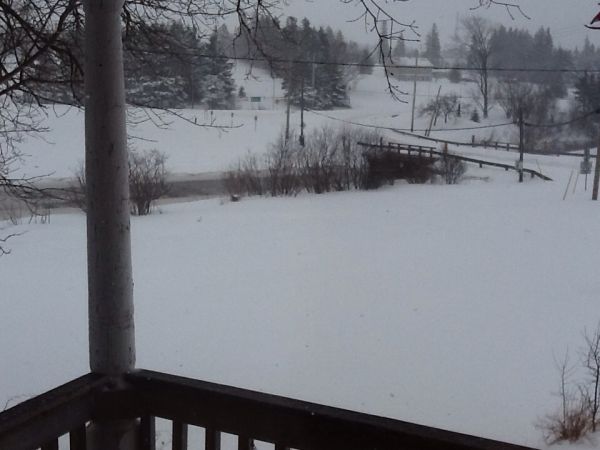 This method has given me good ideas for rearing chicks fully off grid, i.e. as long as you have a heat source and can heat water, you could potentially simply keep them warm using glass jars though it takes time to heat up and frequently change the jars… doable though and an easy solution for power outages like this

The most obvious and critical power needs is our incubator which is loaded with round #5 of our red eggs, the last of the fertilized ones from big red. It needs pretty much constant temperature though it does have a cool down stage that lasts an hour which can be used to delay the application of power to the unit and still be in line with ‘natural’ cooling during the cycle. The incubator only consumes about 18 watts, not that much by my older 10 amp hour solar power pack will only run that for a couple hours before it gets low (not a big battery and the battery is old). 10Ah should technically run my bator for about 6 or 7 hours if you use it right to zero percent but the box shuts it off before the battery is totally drained. realistically, brand new likely it would only run my bator for about half that time.

So the interesting thing is, should we be without power for 24 hours, 48.. etc, could we survive? My larger solar setup is a lot more sustainable and is of a much larger scale. In a pinch I can ramp up that system and provide some decent power during the day with my 180 watts of solar and my 110 Ah battery. Its wouldn’t power everything and certainly not any big appliances for any length of time (and it would be a waste to do so). It would however easily power my bator  24 hours a day, allow us to grind coffee, charge laptops and iPads.  In a pinch, we could live off its power. You can never have enough power though of course but it is the one thing that i built large enough to cover our needs in a longer term off grid situation.

One thing I’m always amazed about is how much we really do rely on power when it does go out. Its not really an overstatement to say that ‘nothing works’ in the house when the power is out.

I wonder about the people less prepared, who don’t have a source of heat, who don’t have a significant source of electricity, what do they do after 24 hours without power?  I think too of the folks with gas generators, sure they work, and even produce more power to run my household appliances but the gas will run out. What do they do after 48 hours of a grid down scenario? My solar keeps chugging away, it couldn’t care less if fossil fuel runs out. The only thing it cares about is that the sun comes out each morning to recharge the batteries.

So for me, its always interesting to see how we fare, how long does it take for me to start thinking about tapping into my chicken shed solar setup? Last night figured the power would come on some time after my power pack ran out (10 Ah) so i let it go and went to bed.

I really believe people should be more prepared for things like this and i think people really don’t have any plans beyond a backup generator. Its true, its rare you need more than a couple days of power but everyone has a time in their lifetime when some big event happens, what will you do when that big event comes?