Chantecler eggs in the bator 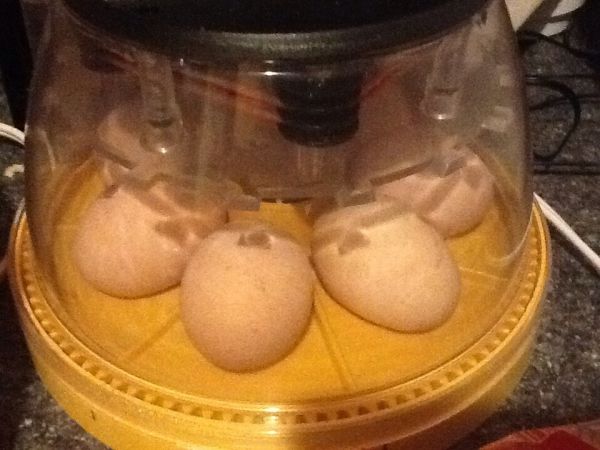 Yesterday I picked up my Chanteclers from a friend who drove across the water. I received six 1 week old chicks and six eggs for incubating. As soon as I got home I loaded up the Brinsea and set it, and I got the chicks under their new heatlamp where it’s a toasty 29 degrees or so. The chicks look younger than I thought, see below for the six. They weren’t moving a lot, low energy?

Figured it out after dropping by tonight, they were dehydrated. We dunked their beaks in the water and used a dropper to put drops on their beaks as well, after the first drop or two they perked up and started eating.

The eggs are interesting too, a much lighter brown sort of egg, chalky and spotty. It will be interesting to compare them to our other layers eggs once they start laying regularly.