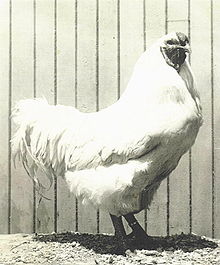 Whats in store for round #3 of the incubator? Well, not sure actually. This summer we’ll be getting some White Chanteclers. This is a dual purpose bird, good for eggs and meat. This is also the only canadian breed of chicken. Its bred for Canadian winters and is a heritage breed, and still on the endangered list of rare breeds.

Here is the wiki description of it:

http://en.wikipedia.org/wiki/Chantecler_(chicken) The Chantecler is a breed of chicken originating in Canada. The Chantecler was developed in the early 20th century, at theAbbey of Notre-Dame du Lac in Oka, Quebec. It is extremely cold-resistant, and is suitable for both egg and meat production.

At the dawn of the 20th century, no breeds of chicken had been established in Canada, and Canadian farmers and poultry fanciers only had fowl of European and American derivation. This fact was noted by Brother Wilfred Chantelain, a Trappistmonk and Doctor of Agronomy, as he toured the poultry flocks of the Oka Agricultural Institute, an agricultural school at his abbey which is affiliated with the Université de Montréal.[1]

In 1907, the Brother set out to remedy this void and create a practical chicken that would be suited to Canada’s climate and production needs. Working at the Abbey of Notre-Dame du Lac in Oka, Chantelain first combined Dark Cornishes, White Leghorns, Rhode Island Reds, White Plymouth Rocks and White Wyandottes, creating the White variant of the Chantecler. It was admitted into the American Poultry Association‘s Standard of Perfection in 1921.[2] By 1918, the breed was presented to the public. To this day, the Chantecler is one of only two breeds of poultry from Canada, and the only one known to have been created primarily by a member of a monastic order.[3]

So whats the plan? The plan is to eventually only have a flock of the Chanteclers (Pronounced shanta-clairs, it is a french name after all bred in Quebec). Our reds, while excellent layers aren’t ideal for Canadian winters although they survive it. They don’t like laying when its cold and the combs on Big Red the rooster are all frostbitten. Moving to an all purpose sort of breed meant for cold weather will help. They are great foragers, and should hopefully live a little longer than the reds which are bred for laying for about 2 years  and then slow down dramatically.

This is along side the pig we’re getting to of course. To get a flock of Chanteclers, we’ll either purchase some month old birds, 4 or 5 maybe, or some eggs to incubate. Haven’t decided there yet. Getting the month old ones definitely kick  starts the flock and then I can incubate going forward. Eggs are cheaper as well initially and it would be nice to say I raised our flock from eggs. Either way, thats what we’re working towards.

So where does the dual purpose come in? Well, we incubate as much as we can. Rooster are raised for meat (8.5 pounds or so NOT cleaned / dressed). They will make a freezer chicken about the size of our female meat birds that we raised last year, good broilers as they call them. So we keep raising birds, and when we have too many we eat them. Effectively once we’re going, our chicken grocery store will just keep  stocking its own shelves.

Heritage breeds are also generally better at raising their own chicks, i.e. getting ‘broody’. If we can get a couple broody hens going too, that would eliminate the need for me to incubate of course, and so the natural circle of life would be complete, no electricity or energy input by us needed. The broody has  regulate the temperature for the eggs automatically, teach the chicks to eat, keep them safe. The whole process is a automated by nature and by God. Its amazing really.

This offloads cost, and effort from us onto the birds which they already do much better than any technology we can come up with. Natures way, Gods way and we have a self reproducing source of clean, drug free, antibiotic free, free range, ethically sourced meat.

On top, they manage the bug population, feed our gardens with excellent manure, produce breakfast every day (eggs). who wouldn’t want to keep chickens? 😛 And this is me who had never kept them growing up and was introduced to them by a friend who lent me his chickens for a few months to try it out!

look for a blog with pics in the next two months I think.