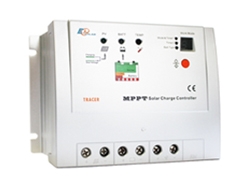 First for the solar, its been oh… 6 months or something. Thats not the total time of my ‘new’ setup though. Basically its been working flawlessly. See the blog from then here: Solar Project – EPSolar Tracer Series 2215rn Charge Controller I’ve never had to resort to grid power to light up the building though there were times when the battery was getting near 12volts. 12 volts still isn’t low low, but it was low enough for me to worry about where the sun was. My current solar setup with 110 Amp Hour battery and 90 watts of power is going strong, has been all winter to date. Maintenance free except for the occasional wiping of snow off  the panels. We got snow every other day for a couple weeks there and it was piled high some mornings. I have yet to mount my other 90 watts of panels. My current usage doesn’t really require it though.  On grey days it would be nice to have, on sunny days its overkill. The ideal would be a second 110AH battery beside the existing so I both have more capacity and more battery bank for the panels to work on charging. Allows me not to get the voltage too low, and gives the panels something to chew on during the day in terms of recharging. I need to evaluate what else I”m going to do with that power since its somewhat underused as is. All in all, great experience with solar / off grid stuff. If 90 watts was enough and I had to survive off it, I would have all the knowledge I need right now to make that happen.  Should actually work well for off grid camping if I were to decide to move that setup to the camper…

Next thing for the solar would be to see if it can run the incubator (during the summer of course). My plan is to insulate it somewhat then have the solar setup run the bator 24/7. It takes about 20 watts +/- continuously to run the little fan in it then the heater element which is on and off depending on ambient temperature and if it needs to warm the bator up. It hovers for 21 days between 37.5 and 37.6 like clockwork.

The 5 chicks are doing well. See the images and some descriptions below. Its been a week or so, they are all doing well. Takes about 8 weeks before they can go outside – basically you need to wait until they have their ‘grown up’ feathers in place before they can keep themselves warm in the elements. And with half a winter to go, not sure how soon they will get out there.