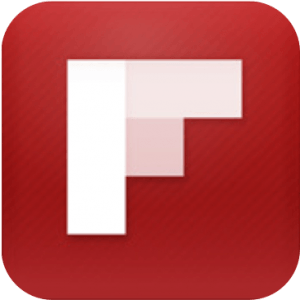 So Flipboard currently has to be sideloaded onto playbook. The ‘working’ and most accessible BAR file is from goodreader. Its the last known working version:

Problem is, its the cell phone version, so portrait mode only and not optimized for tablet. Recently flipboard came out with the ‘tablet’ option on flipboard, on the latest builds for Android. If you attempt to install BAR files though flipboard loads once and never again in most cases. And I’ve tried all the newer bar files from various sources but the one on goodreader is the only one that works.

Until… I started loading a pile of versions and I got a newer version working that did have the new tablet option. So I had 3 (apparent) versions on my playbook, though I think the installs write over top each other – I had 3 icons basically, 3 different installed versions that I tried. Since I got it working I installed each individually while first deleting the other copies of it to see if I could figure out which version it was that was working with the tablet option. None of them worked, they would start once, then if you killed the app and tried to restart it or the PB, Flipboard would just white or black screen and that was all.

So, my guess was that it was a combination of versions installed on top of each other that did the trick. Took some doing but here are the versions that it seems to work for me with:

Now, it may not matter which icon you click. DON”T delete one of them though, that breaks it 😛

What was the trick? No idea, one must have some files the other one doesn’t, all I know is my tablet version of flipboard for Android works almost flawlessly on Playbook. Its a tiny bit laggy at times, but mostly the flipping is just as smooth as on iPad.

Good luck to those others who are trying to get it working, the tablet version is all I cared about having.

Hey and please do comment if this works for you. Interested to confirm it works for everyone!

4 thoughts on “Flipboard Tablet for Playbook”