Sitting out the blizzard

Today is the big blizzard. This pic was taken at about 8 in the morning.  We have lots of drifts around the car and house now, and other parts of the lawn are stripped of snow altogether.  A little later when the wind dies down I’ll enjoy firing up the 1050 snocaster again! Can’t wait to get my tire chains, should be here early next week.  Apparently another winter storm is coming for tuesday /wednesday. 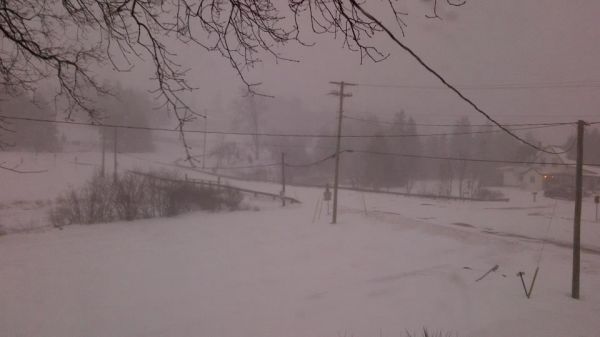 The snow is well drifted around the old white house too. I’m sure we had a lot more snow, at least storms by this point last year. This will be the winter that never came, though we’ve been having those sorts of winters the last couple years.

During the walk to check that shingles aren’t blowing off the roof and such, I was in again to the sheds. They are almost like candy stores for this big kid. Full of all kinds of junk, objects, tools, machinery, and tons of stuff I haven’t even seen yet. I actually just found a really old chainsaw that I hadn’t seen before. My idea is to.. not so much restore the sheds but get them back in working order. And for all the object and tools, I’d like to hang them all up in sort of a display.

Nothing too much out of place though on the walk so all good. Hoping this time to get some video of snow blowing when I get out there today, we shall see.