Its a momentous time, I am going to attempt to jump the iPad ship. What does that mean? Well I recently purchased a BlackBerry Playbook (32 GIG) for about $200 off eBay. (Yes, I may have been able to get it cheaper but its not a horrible price…) 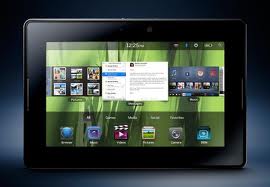 Why are you buying a playbook??!! …some might ask. Several reasons, which I’ll gladly outline:

What is my end game? Not necessarily to replace my macbook (though my longer term plan is to get rid of the macbook and move to more of an actual desktop, in this case an iMac). Rather its to allow me to get a larger percentage of my ‘real’ work done on the go, from my tablet. See right now my ipad is basically a browser and email client. I don’t game on it, i don’t write documents on it, I don’t use it for much more than that. One example is making a movie, its great on the ipad, fast relative to my macbook; (and this should be part of my multitasking section) but you can’t do a single thing while its processing the video :S So even if it takes only 20 minutes to render a vid, you have to set the ipad down and … go get a coffee, or two or three :S  … Thats really annoying. I want it to render in the background and get started on another task, or even just allow me to go read my RSS feeds while I’m waiting. The playbook does this.

Now, I don’t expect the playbook to do 14 tasks at once and not cause performance issues, even my 4 year old macbook has troubles with more than one large task 😛  But I think you should be able to have 3 things processing or open at once. Mail, rendering a video, and the browser. Thats not too much to ask.

So, the playbook is on the move, in the mail. Should be at our place next week just in time for when we arrive home from vacation. I’ll be doing a full review of the OS I’m sure. Maybe even an unboxing even though its a 2 year old product or so 😛