I’m an Apple guy… Or was anyways. Now Apple has grown to just about the biggest company in the US with billions in profit and billions in the bank. They could buy a number of small countries with their profit. THey could eliminate world hunger with their profit, literally. They could drill wells for fresh water for the world with it. They could basically solve the debt crisis in Europe with their money. I’m not even kidding… go check out how much they have, make and are worth in general…

Check out the info graphic here about apples worth, its ridiculous… 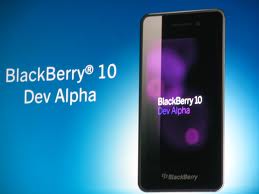 I always get off on Apple tangents,… so BB. We have an ipad 1 and 2 (here I go again…). They are great devices, fun, fast, useful, tough.. But from it all and when looking at other tablets I say to myself, ‘what is it about the iPad that I *have* to have?’. Is there anything that really ties me to Apples iPad? There are some great apps, the mail app just works, does what it needs to do. Flipboard is my daily digital magazine, Scrabble app is a lot of fun when I get to play it. The only app I can’t get anywhere else right now is ‘RoastMaster‘ (I’ve blogged about it before ,click it to see one of them)

Now this app is currently ONLY on IOS. Too bad really but its not the end of the world.

So all that said, Apple is really big, they don’t need my help, and for too long they have held out on techie geeky features like the other tablets have, the technology arms race, in favour of only adding stuff we need apparently. Apple knows what we need, we don’t right?! IOS doesn’t have widgets, you can’t get other mail clients for it even if the one it does have works fine…

I decided then that I would start looking at android. Android is big too though and I”ve tried it before, its got a fragmented hardware base, the performance is all over the map. I like the integrated design of the iPad. Thats why it runs so well, because Apple tweaked it for the known hardware it would be on whereas Android is meant basically to work on any hardware whether fast or slow and that makes for a shoddy user experience (unless Google comes out with their own hardware which I don’t think they have yet). Oh and its google who already owns all my email :S So I don’t want to give them any more of my stuff…

RIM is the black sheep now, the underdog, they have an integrated system with fresh ideas, they are Canadian and they need help. Good reasons for me to jump ship right 🙂

Not a lot is tying me to Apple (I don’t listen to itunes music other than podcasts, all of which I can get via other methods on other devices). I’ve decided then to check out the playbook again. The existing QNX OS on it is sluggish, muddled and lacking. That means the hardware is dirt cheap. 32 gig unit is about $200 new. Thats NEW! While other android devices and Apples stuff is 400, 500 and up.

So I’m getting an outdated, failed, subpar tablet right? The rumour is that BB10 (coming out in January) will work on the playbook with no hardware upgrades. What is bb10? Where have you been? Its the last hope of Blackberry for all intents and purposes. Its their first true competitor to the touch displays and OS’s of Android, iOS and the new Microsoft Surface stuff.

Check out the youtube vids of it, it has fresh ideas, its fully hardware integrated so performance will be decent and then managed by software tweaks going forward and can only improve and RIM will be pushing hard to get devs on it and companies back on it.

So getting a playbook now dirt cheap may turn out to be a really good investment should BB10 take off. If nothing else it will be a viable tablet.

It has a killer feature too, I spoke of WiiUs killer feature, TVii. Well, I’m suggesting the killer feature of BB10 will be the separate environments for personal and business stuff. It has a way of organizing and keeping separate photos, facebook accounts, email accounts etc. All separated so business and pleasure don’t intermingle. It allows the companies to fully secure their data while allowing the people to have ‘fun’ on the OS as well which was the complaint about BB. The iPhone was the ‘recreational’ phone while the BB was the business phone. No longer. Brilliant move. No time to explain it more, go google BB10 and see.

From what I see, if RIM does this right, they will be back in the game. And I am jumping on board early and calling it. This won’t make them an Apple. Nope, but it will keep them afloat and get them some market share to keep on keeping on. I didn’t have a lot of use for RIM before since it was so business centered but now with BB10, I can see them doing the right things. Time will tell.