I’ve spent roughly 15 to 18 hours on the WiiU so far.  A disappointing thing is that the TV remote doesn’t work with our TV but i think I mentioned that before. The killer feature currently (TVii hasn’t come out yet) is the off TV play option. Several times the news has come on, or Arden is watching a DVD or something and I can simply move the game off the big screen to the gamepad. Brilliant stuff for us ‘older’ gamers. I say older, the definition is that older gamers have families.. maybe. Whereas the original gamer had a TV in his room and didn’t need to share it with anyone. I suppose I could put a TV in my room too but no money for that. And its not as enjoyable for whatever reason to lock yourself away.

Also, we are so used to multitasking these days, smart phone, ipad and tv and laptop all going at once with something on them, it just fits into our current day / modern metaphor.

The scary notion (though one I posited a long time ago) is that the WiiU is simply the DS but for the living room. I guess its a good setup, hey I like it and the options it provides, still, I don’t want them to just rehash everything they did on DS. 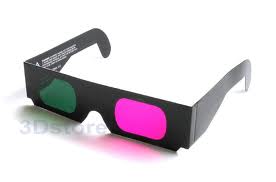 One rumour i do like is 3D though, via some sort of glasses I assume. Rumour is the next Zelda will be 3D. I tried the trioviz 3D and it was underwhelming. Maybe I needed the REAL glasses for that (I had cardboard cheapos for it).

Regardless, I’m enjoying this generation of Nintendo and I think they have some really good places yet to go with this setup too.