Rise and fall of civilizations 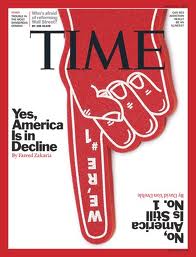 Along the prophetic thought line, its an interesting study about the rise and fall of world empires, civilizations, how they are born, the stages they go through and when the fall apart.

A spoiler, the US appears to be in the final stages of its empire (its not argued that its the current world power right now).

There are lots of prophecy speakers talking about the decline or rise of world powers . The current being the US. And the rise of other empires, see Russia, and especially China. China is very likely the next world empire since they own most of the US’s debt and they are stocking up on as much gold every year as they can (yes real gold: http://www.creditwritedowns.com/2009/04/breaking-news-china-has-been-secretly-stocking-up-on-gold.html . Also just google it yourself to see  all the articles whether prophecy based or not)

There is an interesting blog (http://larryfreeman.hubpages.com/hub/How-long-do-empires-last) about it which details many of the great civilizations.

Being that the US is the current world power and about 250 years old or so, it makes me wonder when the next world power will come on stage if it hasn’t already? These are all sign posts / timelines which allow us to peer into the future a little bit, to guesstimate where we might be headed. When you combine that with bible prophecy, it really starts coming together where you’re able to see the path of things to come.

Its an interesting study to say the least. Will the US be the world super power for another 150 years (to reach the average 400 year mark)? I really don’t think so. It appears they are already well into the decline period with the economy the way it is.