Surviving Sandy – How to Survive a Disaster, economic collapse or other societal breakdown

Sandy, as you should now know by watching the news is the current storm tracking its way here (and maybe here by the time this posts). Its apparently a hurricane that will join with a winter storm to make a FRANKENSTEIN storm… AAAHHHHHhh.. Anyways, the storm is an example of how regular weather is on the east coast and elsewhere and that we should always have some level of preparedness.

Similar to being prepared for the return of the Lord (ie, accepting Jesus as the one who died for YOUR sin and asking Him to live inside you – See John 3:16…), being prepared for a storm weather considered major or minor is just a wise thing to do.

And if not for yourself, at least for your family. Some occurrences you should be prepared to deal with:

Obviously there are a lot of things that could happen. So what are some things you can do? Well this is my list, I’ll post some links and stuff from other sites but first what I like to be prepared with:

Now we don’t have a bunker and food stores for 6 months. We aren’t that hardcore but its always wise at least to be cognizant of where you’re at and what you would / could do in an emergency. 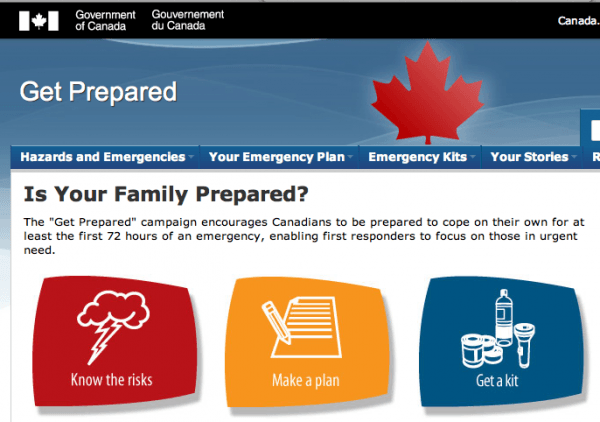 So the government has their own website too. First here is info specific to PEI:

All from: http://www.gov.pe.ca/jps/index.php3?number=1034591&lang=E (Hurricane Preparedness for PEI)

The federal government also has a site for survival and safety for all types of disaster scenarios:

As it relates to Wheatley River, we often get a lot of wind which actually makes the house shudder and if the tide is right, we get huge storm surges. Since we’re basically at the head of the river itself, we see surges of probably a meter and a half or something. The water has been up to the bridge, level with the asphalt and half of our river side property was submerged in that episode.

2 thoughts on “Surviving Sandy – How to Survive a Disaster, economic collapse or other societal breakdown”