My used and abused macbook 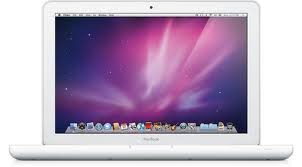 Some people have the latest and greatest MacBooks. Aluminum shell, an Air, retina display, solid state drive etc. Me? I have an Intel core duo from … 2010? Old enough NOT to be able to upgrade it to Lion :/

My poor macbook has went through troubles and tribulations

Truly, in the technology world, this thing is a legend. If tech years were equated to human age, this thing would be 100 years old. I’d take a picture of it but I’m writing this blog on it now. Its hull is cracked, its screen scratched a tiny bit. Still plugging away though.

Next time I should blog about LIndseys computer which is much older, more beat up, more chassis and drive, and OS changes and has had more damage done to it than the macbook… Oh.. the stories it could tell. In human years, its 200. And not just from straight age but its age is multiplied by sheer abuse, banging, smashing, screens replaced, coffees spilled on its keyboard etc.