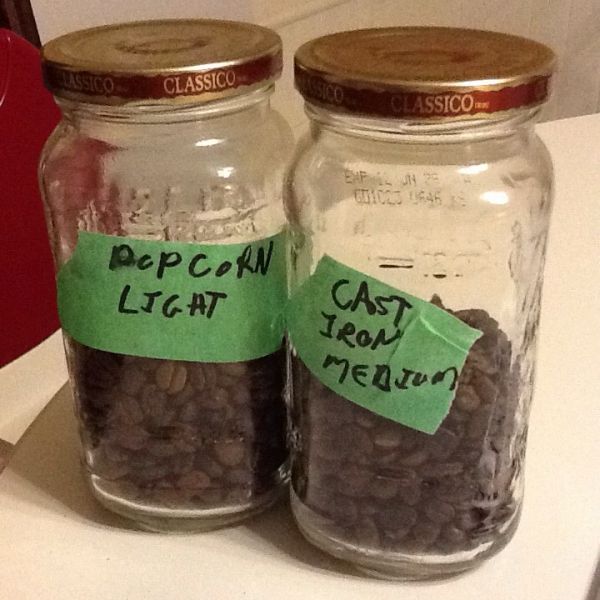 Did my first roast wednesday night. (writing this on wednesday but it won’t be posted until Friday). My first 2 that is.

I did a cast iron frying pan roast (which turned out the better but only because I turned off the popper too soon), and a popcorn popper roast.

Some quick thoughts and I’ll be doing more indepth blogs later on each!

All things considered, it was a success and it should be tasty by the time I grind them up tomorrow. You need to give them 8 hours or a day to de-gas and for the flavour to peak.

I’ll do a full review with videos of the process and such on the weekend likely.