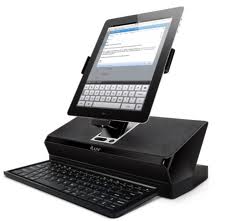 I posted before about my experience with the iPad when my macbook was out of commission. Now that the full cycle has occurred – had macbook, was without macbook, have macbook back – I can say again that the iPad is 90% there but for efficiency in more power user projects, I definitely gravitate to the macbook. In some cases, I really have no choice, in others, its just easier as a whole to do them on the macbook.

Example, blogs, I’m writing this blog on my macbook. Initially I grabbed my ipad and bluetooth keyboard, ready for a session with Blogsy (my chosen – and paid for – blog writing IOS app). Then I thought, Oh, my macbook is good to go, how about I use that. Why? couple of reasons:

All that being said, the new wordpress interface works nice on the ipad in the browser though I haven’t tried all the functionalities. For example, I don’t think there is a good way to upload images yet since you can’t select from a directory on ipad.

And macbook of course is better / easier / quicker when handling multiple applications in general. the iPad is still a bit cumbersome when using multiple windows. Sometimes its nice to see whats happening in the background on an app as you use another app (by shifted windows on the desktop on the macbook for example)

So, to sum up, ipad and keyboard are great for a lot of things, but aren’t for power users and probably will never be meant for that. I would suggest though that for most people, an iPad will work 90% of the time and the other 10% of the time they could simply have an older PC or mac sitting around – as most people do anyways – for more of the stuff where iPad lacks.

Its an interesting realization for me that, ya, my macbook definitely still has a place and function! And heres hoping for another 5 years out of it! stLt (should the Lord tarry 😉  )