So, Syria, I promised I’d make a Syria blog about its destruction, here she be. We’ll start with the bible:

“This message came to me concerning Damascus: ‘Look, Damascus will disappear! It will become a heap of ruins. The cities of Aroer will be deserted. Sheep will graze in the streets and lie down unafraid. There will be no one to chase them away. The fortified cities of Israel will also be destroyed, and the power of Damascus will end. The few left in Aram will share the fate of Israel’s departed glory,’ says the Lord Almighty.” Isaiah 17:1-3 (NLT)

Syria, and more precisely Damascus has been a perpetual city and is basically the oldest continuously inhabited city. It hasn’t been majorly destroyed ever in its life. The bible prophesies the destruction of the city of Damascus which is what all this trouble with Basher Assad could be leading up to. THe ‘secular’ governments which are all being thrown out by this ‘Arab Spring’ uprising creates and instability in the region. Having secular governments is good because if you consider the alternative, its definitely the more stable rational government to have. The alternative is an Islamic based rule which causes problems for womens rights, generally the treatment and welfare of people etc. That may not specifically come out of Islam dogmatically but it at least comes out of dictatorship, the lack of free choice that comes often with these governments. Any, the story with the verse, and the popular thinking these days across many at least western prophecy students is that a smaller war comes. Everyone knows Syria is a proxy for Iran, so it makes for a bit of a microcosm battle between the west (and ME countries) and Iran, the battle over nuclear weapons and such. So, if Assad keeps killing his own people and NATO goes in (such as happened in Libya) we could see for the first time ever the destruction of Damascus. And that would fulfill bible prophecy!

See even though world leaders don’t like basher assad, as long as he is keeping quiet, not doing anything crazy, world powers leave him be to encourage the status quo in the region, the relative stability. This is what dictators are good for, assuming the people aren’t rising up and fighting a civil war…. Back to what the prophecy students figure, likely an attack, possibly nuclear by Israel or other nations will wipe out the city. It does a few things. It takes Syria out of the equation, opens the opportunity for an attack on Iran (nuclear weapons) since there will be less of a proxy army that Iran would be able to use (proxy army Iran uses, Hezbollah, Hamas, Lebanon, Syria).

If this were to occur, this is a bit of a milestone, a ticking of the clock to mark one more prophecy fulfilled, one less to come to pass which is huge. It provides a signpost for where we are and helps us to know where we are in bible prophecy, and generally how close we really are to the final wars described in the bible.

Google ’12th Imam’ and find out how he comes (when the world is in chaos), what he does (orders the killing of all the christians and jews), where he sets up his kingdom (babylon). Again, fascinating stuff, direct from THEIR bible, the Koran and Hadith… I’m no expert but many people out there are and there is tons of great information about that. 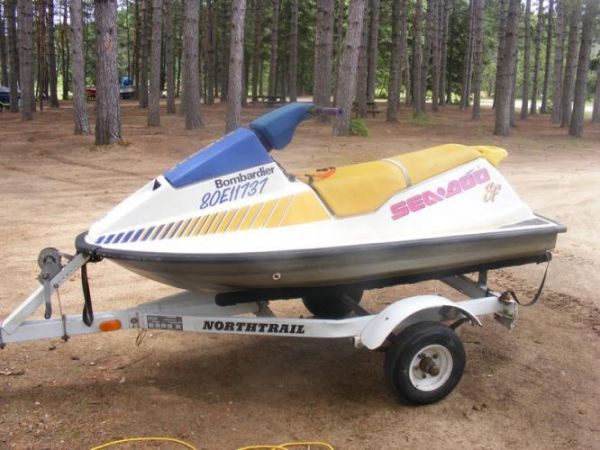 Now, back to like on PEI. Summer is at an end, the nights and days even are notably cooler 🙁 . The tourists and traffic are decreasing. To me it seems like we haven’t had much of a summer at all, maybe I’m comparing it unfairly to southern Ontario summers. Still, seems like we should get a good 2 months of hot weather, +20 degrees is what I’m thinking. No dice on that, it was cooler and very wet most of the spring and early summer. I haven’t fixed my seadoo yet, got it ALL back together, tried to start it and starter is toast :/.. Now I have to take off the exhaust pipe again and HOPEFULLY have access to the starter without having to tear it all out again, that would be miserable if I have to do that 🙁 . This may turn into an over winter project as I’m quickly running out of time to use it. I have maybe september and thats likely about it for chances where its decently warm to get out on the water with it.

The seadoo image there, isn’t mine, but it basically looks exactly like that, sans trailer and grab bar on the back. Colouring otherwise looks like that. I’ve cleared out the shed so I have room for storage, just need a trailer to move it around. Here comes a rant, ready for it?

The Rant
I really don’t like all the new Seadoos these days, they are MASSIVE, huge engines, complicated electronics and systems, these are not personal watercraft anymore, the are small boats that happen to have straddle seats on them. I don’t know why they make them so big, the early ones like mine truly were personal, a nice small size, and equally smaller motor (cause you don’t need as big a motor for the size of the craft), far far lighter and they are more maneuverable then the big ones. The big features on the new ones are docking features, jets and such that help you dock 😛 With a small seadoo, its no big deal to grab the dock and swing yourself around, but the big new ones, you need the boat do do it all for you. Plus, along with the size the price has gone way up as well. Before you could get a brand new one for 3 or 4k, now new ones start at 6k and you can’t get ones as small as mine anymore which is really lame. See, I equate seadoos to dirt bikes, they should be meant for 1 or 2 riders, small, light, agile. When they start selling what are basically boats no longer liftable by humans for 3 times the price, thats when I figure they forgot what they started building. I guess these days families buy one for the whole family and want to carry them all and a waterskier at the same time, so maybe that is whats selling. Still, I think they should keep the ‘personal’ in personal water craft.

In other news, we have lots of work to be done on the house this winter, currently I’m getting all my wood cut up, collecting pallets,stacking wood. Soon I will be able to start loading up the basement with it. Its great exercise, this will be my second winter EVER to heat with wood primarily. Last year was a total success for heating hot water and such though electricity bills were up cause the furnace fan was on all the time, really need to seal up this house and insulate more!

Alright, this is long enough for now. I’m out.