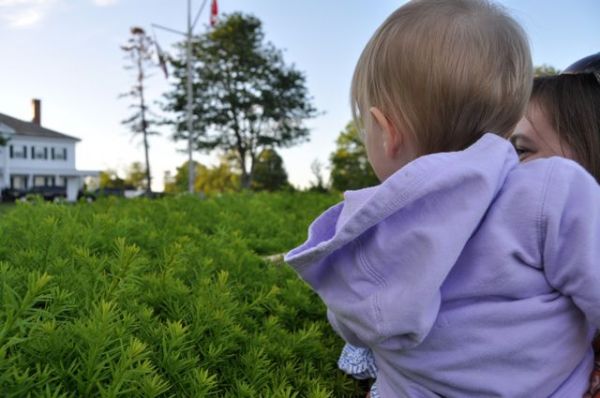 Yesterday and today we went on a bit of an adventure. We chased Prince William and Kate around PEI (sorta). See the various photos below, in all just under 600 photos were taken. I still need to thin them out.

So Sunday night we went to the airport in Charlottetown to watch them arrive, we got in just the right spot to see them getting off the Canadian military jet (we’re apparently the only country that flies royals with our own military planes).  We also got to stand right on the curb as they were leaving in the motorcade where I got what I think are the best photos of the bunch, the first images through the window of the car as they passed. Those to me are the most spontaneous.

We then saw them at Government house.  We were driving from the airport after having seen them and we knew they were staying the night there so we got some ice cream and drove around to Victoria park. As we walked along in front of the house, we were just in time to see the motorcade arrive from a media dinner. Very cool!

We then decided to get up early the next morning and get a good place  on Great George St where they would be riding in the open Landau (carriage) and doing walk arounds. We unfortunately didn’t get to be a part of the walk around. Next time we’ll know where to go and what to do. Definitely need to do that next time! Got some great Landau shots but it just seemed all staged, and obviously it was. The shots I liked as I said before are the ones that aren’t planned.

Overall it was quite an experience, one of those things that only happens a few times and they are (whether you like it or not) members of OUR royal family, the Queen is OUR Queen. We haven’t disconnected ourselves from them like the US. For me, I think its history and heritage and though it may not be totally required, I think its a valuable institution.

More thoughts over the next week or so I’m sure. It was enjoyable though.