The jewish wedding and prophecy 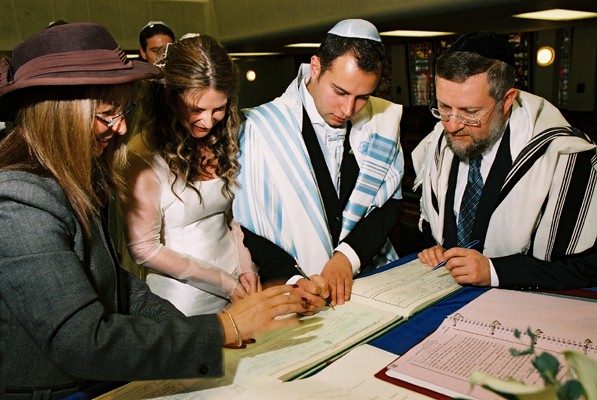 Did you know that the Jewish wedding mirrors prophecy in regard to our relationship with Jesus and Gods timeline and plan for the second coming?

There are many resources online comparing the two, I’ll quote some items from this one:
tracking bible prophecy

Where did the traditions originate in the ancient Jewish wedding? I’m not sure that we know, but the following study suggests that these traditions came from Scripture and the marriage between God and Israel. Similarly, is appears that Jesus is following the same traditions in His betrothal and marriage to the Church. This study also supports a Pre-Tribulation rapture.

Check out the site, basically every part of the tradition from select of the bride (us) to the ceremony and even the honeymoon mirror the plan of salvation, our walk with Jesus, and even on into the rapture, wedding feast and so on. It is amazing the parallels and everything looks to be following that exactly. There are many good speakers talking about it too. One of my favourite speakers is Steve Hadley, havestreno.org can’t find the exact sermon but anyways, google it, it’s incredible stuff if you’re interested in the order of events. Right now we are engaged as it were, getting close to the taking away for the marriage in heaven and the great feast. Read up on that part, according to tradition, the father only knows and tells the son it’s time to get his bride!

3 thoughts on “The jewish wedding and prophecy”