An Assortment Of Things

We finally gave up on the SSD for Lindseys computer 🙁 Too bad. I don’t think it was the SSDs fault although it was a cheap one. I think the OS we were trying to shoehorn into it was the overall problem. Mostly everything worked well, everything was faster, boot, software loading, window switching. It was HEAVILY tweaked for SSD. The problem was that even with all the tweaks, if the system got into a situation where it was doing hard writes to the drive for whatever reason, that was it for productivity, the system was unusable for up to a minute while it did its thing. In comparison, with a spindle drive, sure its a bit slower but the OS never (hardly ever) stops responding, if one process is chugging, you can go on to another one and keep going even though the system may be slow. With XP and firefox, firefox would occasionally do this, like when opening a new tab. Its likely creating a new cache file for the new tab or something but the whole system would be unresponsive until it was done, you can’t even search another page, or do something else while its loading and that was unacceptable.

One resolution apparently (among the HUGE number of hardcore tweaks I did already to the config in firefox) is to configure it to use a ram disk, ie fully load and operate in system RAM. That probably would have fixed it but the process is complicated to get it to do that. I shouldn’t have to do such major OS and software tweaking just to get it to be responsive, such a fail. I know the whole SSD thing is figured out because the iPad i”m on right now obviously is solid state. Windows 7 apparently works better but with reviews and all, I didn’t see anything majorly different about it for operating or being optimized for SSD other then the TRIM functionality (defrag for SSD). So to step out in faith and purchase that to see if it would help wasn’t going to work… not at $130. Maybe if they sold the upgrade for $30 like Apple does I would have tried it. Its sad really. Great promise, no follow through.

So now I have an old IDE / PATA 32gig SSD that really can’t be used since all new systems are SATA. Methinks I’ll try to sell it on usedPEI.com. 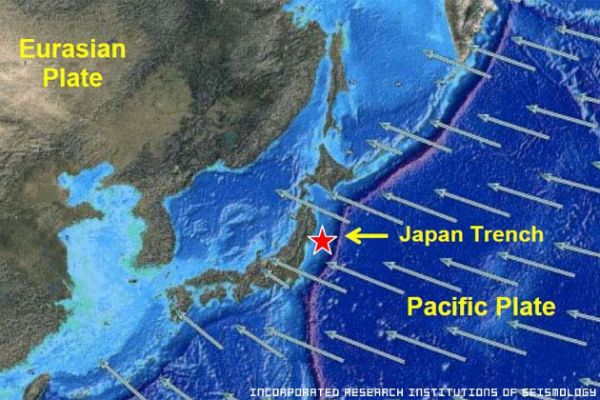 In Prophecy news, did you hear about another quake in Japan? And the continued Syrian uprising? The UN is speaking out, the US is speaking out and looks to have positioned warships for a show of strength if nothing else. Another war? The interesting think about Syria biblical and eschatologically (prophesy wise) speaking is that the bible foretells of the destruction of Damascus, it will become a ruinous heap

(KJV) Isaiah 17:1 The burden of Damascus. Behold, Damascus is taken away from [being] a city, and it shall be a ruinous heap.

Damascus has NEVER been destroyed, its been a perpetual city since bible times. So this is big. WIll it be nuclear weapons that destroy it? How else can it be made into a ruinous heap if just soldiers go in or its bombarded with conventional weapons which never take down all the buildings? The prophecy here likely foretells a retaliatory action by Israel. But take note, any time the news speaks of a potential war with Syria as this prophecy could come to fruition.

TEHRAN (Reuters) – Iranian state television ran a report Monday saying Israeli military aircraft were massing at a U.S. air base in Iraq for a strike on Iran.

Israel said it had no knowledge of such a strike plan, as reported on the website of Iran’s English-language Press TV, and Iraq’s air force commander denied the report. The Pentagon dismissed it as “ridiculous.”

Press TV quoted what it said was a source close to the movement of Moqtada al-Sadr, an Iraqi Shi’ite cleric who opposes the U.S. presence in Iraq and has close ties to Iran’s leaders.

Gods Word is being fulfilled, its all there in the bible, Israel is a nation again, Gods people are gathered, more then dry bones already, flesh is there and everything, just waiting on the ‘breathe’ to enter them again, ie the return to God and Jesus as Messiah and that piece will be complete. Its a short matter of time now.

In lighter news, these days we are really enjoying the string on our front porch. If only it would get a little bit warmer. Can’t wait for the ‘real’ warm weather, ie greater then say 18 at night and above 20 during the days at least.

Oh, and Will and Kate will be here. I think the British Monarchy is a great heritage to have. While a true ‘kingdom’ may not make sense in this day and age, it does create a sense of country, purpose, provides a focal point, and gives people something to lookup up to. Funny that a kingdom doesn’t make sense in this day and age, if you are a Christian, you will know that God is going to setup a kingdom on earth, for the 1000 year reign and for eternity. People think its outdated but in fact that is going to be how God chooses to rule, the hierarchy with which we will live under. The Monarchy makes me think of that, along with the grandeur and pomp of a royal couple. Really, if you think about it, in a way, this is what it will be like in Gods kingdom. We will be worshiping Him as king, right now we in some ways worship the celebrity of the royals. Apart from the ‘spiritual rationalization’ of the royals and their visit, I think its just neat and a throw back to times of old, some say simpler times. Sure, maybe less choice, but that also means more simple, you could enjoy life, earn an honest living. People in Canada say we should get rid of the links to Britain altogether, I say we should keep it, keep the heritage, keep the connection. Its not hurting anything or anyone its basically all symbolic right now. Its a way for us to stay connected to our history. I wouldn’t mind paying taxes for that, of course, you don’t want them wasting it, but the strength and sense of country and one people you get from such an establishment is underrated I think.

So ya, they are visiting the Island and I’m going to take this opportunity to celebrate the history and the grandeur of it all.

One thought on “An Assortment Of Things”