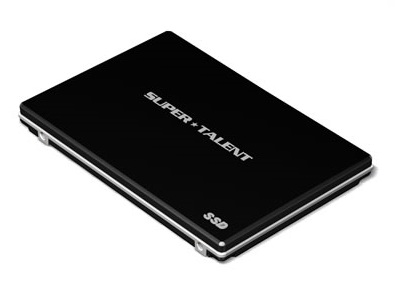 I bought a 32gig SuperTalent MasterDrive EX2 (IDE/PATA) unit for Lindsey’s laptop to speed it up from memorydepot.com (thanks to the forward from Nathan). First of all its hard to find IDE SSDs these days,… really hard, this was the only place I could find that sells them available to Canadians.

So I put the $105 on the table and ordered one. The requirement was to:
A) speed up her old 12 inch averatec 3200 laptop
B) reinstall windows – had not been reinstalled for … years (bad!)
C) hopefully improve battery life
D) decrease the fan speed and noise due to E)
E) decrease the running temperature as a whole

What did I accomplish, all but C… Well, C is kinda hard to quantify, it may be longer, didn’t really measure it. Its not a LOT longer battery life anyways.

Was it easy? My goodness no. Installing the drive was easy,… that part is plug and play, I’ve had that averatec apart so many times. The XP install was normal, faster than normal maybe, no hitches there. So far so good.

Then I got to the millions of windows updates, updates on top of updates which took 4 days basically. THe drive was really chugging (silently of course) to do what it needed to install these updates. There are a lot of processes involved with SSDs, part of that is garbage collection of ’empty’ space and I think that was a big factor.

When running XP, the system would be super snappy for 10 seconds, then the drive light would come on solid for minutes at a time, completely unusable… no multitasking while the drive chugged was possible like it would have been, though slow, with a regular drive. THe problem is partly due to the firmware on this outdated IDE drive (the newer SATAs likely handle all this a lot better out of the box), and mostly due to the operating system and software.

What did I need to do to get the OS and software to play nice? I had to tweak and hack the system a LOT, using SSD tweaking tools which themselves are from 2008/2009, a lot of registry hacks, a lot of windows customization.

ie, things like restore features, page files, data caching, basically anything that could or would cache things to the drive or have any need to access the drive while you’re doing something, I had to turn off. Even Firefox which I found was causing a problem has a config option to use RAM for image caching, out of the box it uses the hard drive to cache images which was killing the SSD every time firefox would load up.

All told, I had to use 2 different ‘tweak my xp for SSD’ programs, do some manual registry configuring, go through all the computer properties and turn off all the restore feature junk and page files and generally turn things off. XP was NOT meant for SSDs. It has so many different things trying to write to the drive all the time and this drive, not sure if its the fault of the technology of the drive, or the fault of IDE, or the firmware or what, but it could not handle all the attempts to write to it. I even removed antivirus because that hits the drive all the time, also things like Windows indexing, found a hack to shut that off as that will always try to hit the drive.

One assumes that Win7 is built to be more SSD friendly and I would now love to try some of the new Intel SSD, it top of the line stuff with a new OS to see if they truly are built to work well with SSDs.

So far, the computer is quite fast but as I say, it was a LOT of configuring to tune it that way, way too much for the average person. No one else would do all that stuff that I did unless they were dedicated… When this SSD came out, there must have been a lot of disappointed people.

The only thing I know of in Win 7 is that it supports the ‘TRIM’ feature which is like defragmentation for SSDs. It would need more then that though to run effectively. I have to assume they have this figured out by now otherwise SSDs would be completely useless, I almost gave up multiple times. So far so good on it right now running firefox, and Word.

The good thing is that the fan is virtually silent all the time now, there is less heat, she now has effectively a solid state laptop.

Would I recommend it? I wouldn’t for XP and if you want to get an IDE. Start with Win7, Ubuntu, or Mac OSX which have better support for TRIM and are otherwise optimized and more ready for SSDs. Also, don’t cheap out on your SSD, cheaper ones come with slower chips / technology, crappier firmware, and less support. Buy the best quality SSD you can find and performance and experience all around will be better.

Tools to look up:
– Flashfire – this does some ram caching of data to save on writes to the SSD
– SSD Tweaker – this turns off a million registry things, google it to find out more