Newfoundland – Canada as we know it is SUPER young

Was just reading up on Newfoundland just out of curiousity. What a varied history of peoples, explorers, land claims etc.

check it out here: http://en.wikipedia.org/wiki/Newfoundland_and_Labrador

Newfoundland officially became a province of Canada in 1949. What a crazy place, I can’t even imagine being alive at a time when it wasn’t part of Canada, its just always been that way.

Its really a shame that they don’t teach more Canadian geography and history in school. er… maybe they do and I just forgot it all? Or wasn’t listening?

Newfoundland and Labrador (pronounced /njuːfəndˈlænd ənd læbrəˈdɔr/; French: Terre-Neuve-et-Labrador, Irish: Talamh an Éisc agus Labradar, Latin: Terra Nova) is a province of Canada on the country’s Atlantic coast in northeastern North America. This easternmost Canadian provincecomprises two main parts: the island of Newfoundland off the country’s eastern coast, and Labrador on the mainland to the northwest of the island.

As of July 2010, the province’s population is estimated to be 509,739.[5] Approximately 94% of the province’s population resides on the Island of Newfoundland (including its associated smaller islands), of which roughly half live on the southern Avalon Peninsula. The Island of Newfoundland has its own dialects of the English, French, and Irish languages. The English dialect in Labrador shares much with that of Newfoundland. Labrador also has its own dialects of Innu-aimun and Inuktitut. 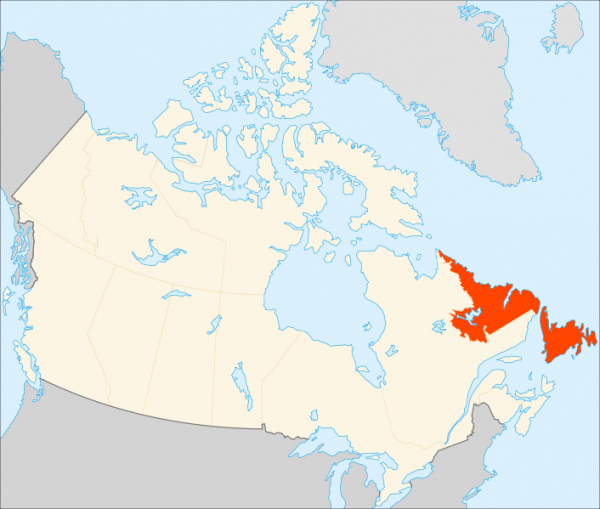