Lesson #536 for owning a house – you must purchase oil regularly! 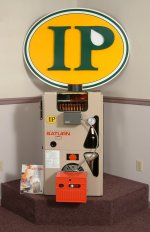 So some miscommunication on the part of us and the landlord meant that yesterday we ran out of oil early in the morning 🙁 Woke up to cold temperatures and no hot water for showers on a morning that we were both scheduled for worship team in C’town. Thank the Lord we experience this in November, and it was quite warm out, 7 degrees celsius so no freezing pipes!

I was able to learn how to throw in some diesel and bleed the system to be able to start up the furnace again – thanks to the advice of the Island Petroleum truck driver. Now that was nice of him to help me out! He couldn’t give me any oil though because I didn’t have an account setup yet, so I would need to wait for monday to do that – ie today.

So great, I got some diesel, put it in, and then I had no idea how to bleed an oil furnace so I googled it which gave some good tips and then called dad who was able to give me direction on what to do. The hardest part was figuring out which screw or bold was the release on the bleed valve. turned out the bleed valve itself was the thing you had to loosen.  Got the heat all fired up and was able to take a hot shower again, WOOHOO! So I learned something new yesterday, never had to deal with an empty oil tank before LET ALONE having to bleed the oil lines before I was able to start the furnace again. When we went to church that night and told the story, a few older people were amazed and were asking how to actually bleed an oil furnace as they had never done it before :S Thats big information because if you ask one of the drivers to do it, thats a service call and is expensive, like $80 or so for a call to do that which is a pretty simple task really if you know how. SO… for anyone wondering how to do it, I’m going to write it down 🙂 I’m passing on my newfound knowledge to anyone willing to listen:

If you run completely out of oil and your furnace stops:

There ya go, thats basically it. Real simple to be honest, but most things are when you know how to do it 🙂 I’ll consider my new knowledge passed on now. Hopefully I can be of help to my kids when they call me asking about this just as my dad was early sunday morning when I called! Good luck!