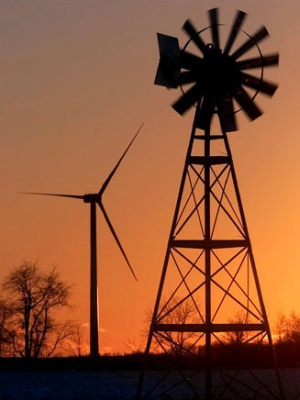 With all the technological advancements and such that we have now you might think that we, in the last 100 years, are the first to harness the earths energy in terms of solar, wind and geothermal. Infact, solar heating, wind generated pumps and grinding mills are thousands of years old. They used this stuff before Jesus came onto the scene.

History of hydro for example is here

You can read about that history here

Wow, and here we are burning all these fossil fuels, I suppose because it was immediately and freely available (for a time anyways) and easily transportable in the form of fuel rather then having to store it in big batteries which are a more recent invention in the history of energy.

I think God created intelligent beings, ie humans, and before the flood there is  much evidence to suggest that they were very intelligent indeed, wise, knowledgeable etc, moreso then us today. We are only getting dumber per capita I think then they were back then. Sure we have more technology stuff but that doesn’t make us smarter then them necessarily. Anyways, something to think on, ie all this stuff being available for so long and all the sudden we’re taking notice again. Renewable energy is lots of fun, not because its the ‘new’ thing but because its amazing that we can generate power from all these sources of energy in the world with a little work and knowledge. God created an awesome earth with great potential for energy, well not just potential, there is great amounts of energy in the earth, we just don’t use it very efficiently.