Ok, part two of the Israel thing. In general about christianity, at-least ‘western’ christianity, we are way too safe with our words. We hate to disrupt peoples lives, depress them with preaching, scare them by saying they are going to hell if they don’t know Jesus Christ as their personal Saviour. But guess what, THAT IS THE TRUTH, thats what the bible says. Or do I have a different version then mainstream christians have? I’m not saying we need to say hell every sunday but at-least its the truth when we speak it. I feel these days many of the youth are too coddled by leaders, by parents, by elders. What happened to ‘speaking the truth in love’? Too often most just don’t speak the truth because its too upsetting.

So what does this have to do with Israel, other then a general rant? Well, I think we need to tell people the truth that Israel and the Jews are His people and He has a divine plan for them in history. The bible plainly speaks of Israel’s return to the land, 1948, it plainly speaks of the fact that they will not lose their land again forever, that a temple will be 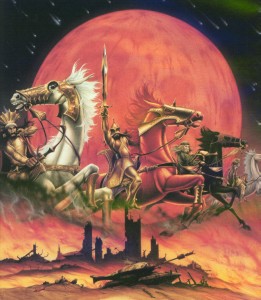 rebuilt, knowledge will increase, the rise and fall of world kingdoms of which we are nearly at the end of. Most don’t follow prophecy and don’t understand the significance of any of the current events coming out of Israel and the middle east and Europe in general. Methinks God is sad that there are so many not praising Him for His awesome prophecies and power throughout the ages, not seeing the wonder in His hand of protection and destruction (when needed) on His people. How awesome it is to realize we are living in ‘biblical times’. They say of disasters as being of ‘biblical proportions’. Did you ever want to live in bible times? Or wonder what its like to see Gods power and His hand on history? Open your eyes, He is making things happen right now, He controls it all.

What a magnificent tool to use when preaching the gospel, to pull in current events and enlighten people that the bible is REAL today, what a great tool to captivate the masses, the youth in particular who are always interested in power, supernatural, or otherwise amazing things that adults too often are too busy to notice. So I encourage all, if you want to have renewed hope in Jesus, excitement about His return and world events, and another great reason to get back into the Word and study it, you need to check out End times prophecy. Its not doom and gloom, its God style ‘shock and awe’.

We should be excited, grateful, and humble that we are on the winning side and that we might even live to see Jesus return!