Persecution for the christian

Persecution is coming for the christian if its not already here for the North American christian. Thats the common thought really for north american christians, i.e. we don’t see most of the persecution, our lives aren’t at risk directly due to sharing our faith with others.

The persecution we face is a bit more subtle, a bit more fearsome as it interferes directly with the way of life we like to keep.

I find as we share more and more about the truths in Gods word, we speak out against false gods and speak out against sin, the backlash is very real. Its as simple as saying that homosexuality is a sin. It is! The bible says so, but in this day and age christians look old fashioned for saying it and we look bigoted, prejudice. We can’t anymore state simple truths without fearing retribution in some fashion.

I’ve experienced ‘unfriending’ from Facebook due to my blog posts on prophecy for example, some people just don’t want to know that their world is crashing down, or know about the end times as revealed in the bible – throughout the bible in fact.

Some christians take that response and say ‘see, we shouldn’t focus on that and just be more loving’. I think thats only half of the story in the bible though and half of the mission.  You see, if you were on a plane and it was going to crash but noone told you, and then someone offered you a parachute, you’d say ‘what do i need  parachute for, we aren’t crashing’. And that would be a rational response based on the information you have.  However, if the pilot comes on the PA system and says ‘we are going to crash, put on your parachute’  you would have a much better reason to take the parachute, and at least at that point you couldn’t tell anyone afterwards that you were not warned. 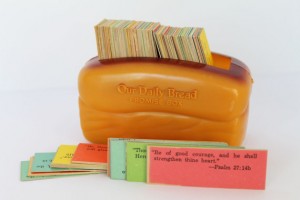 You see, thats where we’re at, people aren’t being warned of whats to come, so why should they accept Christ as saviour? From what is He saving people if there is no calamity coming, no hard times, no final wars and destruction of evil?

People need to know WHY they need Christ. Its not enough just to love someone and never tell them why you are loving them or why they need CHrist. Any atheist, Agnostic, or person from any other religion can love others. Its a christians job to explain WHY they need Christ and eternal salvation and the WHY is explaining to them what sin is, why they need a saviour and whats coming on the world in the coming years.

The acceptance for truth, and verses straight out of the bible is all but non existent now. I find the more directly i state truth from the bible, the more persecution, loss of  friends, and attacks from the devil that I get.  The more we do overtly for Christ, the more attacks we get physically and spiritually and its in this time now, its ramping up. 2014, 2015. Things are climaxing.

Know who you serve and never get tired of telling the truth no matter how politically incorrect it is.

Galatians 6:8For the one who sows to his own flesh will from the flesh reap corruption, but the one who sows to the Spirit will from the Spirit reap eternal life. 9Let us not lose heart in doing good, for in due time we will reap if we do not grow weary. 10So then, while we have opportunity, let us do good to all people, and especially to those who are of the household of the faith.

1 This know also, that in the last days perilous times shall come.

2 For men shall be lovers of their own selves, covetous, boasters, proud, blasphemers, disobedient to parents, unthankful, unholy,

3 Without natural affection, trucebreakers, false accusers, incontinent, fierce, despisers of those that are good,

5 Having a form of godliness, but denying the power thereof: from such turn away.

6 For of this sort are they which creep into houses, and lead captive silly women laden with sins, led away with divers lusts,

7 Ever learning, and never able to come to the knowledge of the truth.