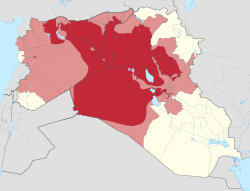 Its getting CRAZY out there guys! In the news, Israel is at war trying to clean up Hamas. Its now officially the longest war they’ve had – 25 days so far or something now… Israel is taking a beating in the media and  yes, there are some questionable things occurring.  Note that the UN has more than 3 times found rockets in UN schools AND Hamas IS firing from schools and hospitals which normally would make them a target. To keep the media on Israels side they somehow need to not fire on UN buildings even though Hamas is storing weapons in them. Can they do that? no idea their plan but the tide of world opinion going against Israel is prophetic anyways, it has to happen.

Zecharian 12:3 And in that day will I make Jerusalem a burdensome stone for all people: all that burden themselves with it shall be cut in pieces, though all the people of the earth be gathered together against it.

The rhetoric is ratcheting up tons, Egypt is still supporting israel (prophesied that it would – need to find the reference but they are left standing after all the other nations fall around Israel)

Syria and Iraq have been taken over by ISIS whose stated goal is to march to Jersalem. More about ISIS here: http://en.wikipedia.org/wiki/Islamic_State_of_Iraq_and_the_Levant

Iran continues to delay nuclear talks (put off until fall now). How does never ending talks stop their nuclear march?  Answer: It absolutely doesn’t, they are using this time to GAIN a nuclear weapon and technology. When they have it, they will back up hamas by pushing Israel into the sea. They want to wipe them off the map, you’ve all see that statement, its common knowledge now usually passed off as bluster and hyperbole.

Notice how this big war  (longest of all the wars so far) JUST happens to line up with the blood moons? And this I don’t think is even the war that they are flagging / bookending….

Paying attention to Russia? They are basically the world superpower now, they are doing exactly what they want with no one to stop them. The US isn’t . Obamas policy is tolerance and dialog – which is well and good but its been shown in Syria (and many others) that dialog does nothing but slow things down for a time-  what happened with all the chemical weapons they were supposed to get rid of? OH.. ISIS has them now, not even Basher Assad. Atleast with Assad owning them, you had some idea what he might do with them. We’re in a worse situation now.

Also notice the economy. Portugal banks defaulted, Argentina just last week went into default. These are the first dominoes and as their debt  / weight is thrown onto larger countries, it will drag them down as well.

The below vid is by Gregory Mannarino. He is a stock trader / invested. He’s not a christian (he mentions he isn’t religious in this vid actually). I’ve been following him with interest about the economy and here he is actually talking about the financial collapse in biblical terms!  Good video on the economics of the end times, how the global credit / economic collapse will affect you and such

This is serious end game stuff. I see some serious life altering things occurring over the next year. Is this it? Not sure,  but as the folks had to in 1929 and 45, we may have to live through a depression, and not only that, possibly a world war at the same time. And anything that happens now will be worse because people are woefully under skilled for gardening and getting their own food. In 29, much more people were closer to farms, producing their own food. Now hundreds of millions in cities are so far detached from the country, they will starve in weeks time should food be short, with no way to grow their own in such short time and no space to do it in.

We are truly in for it this time, the collapse is inevitable, the question is just WHEN.

Do you know Jesus? He is the only one who can give you peace and confidence in an eternal home with him should this really be the end of days and I think it is.

Whats next? the Psalm 83 war possibly, the rapture is another thing which could be next depending on your specific theology. Will Israel get a peace deal that allows them to build a temple on the temple mount? that could be whats coming soon. Read your bible, it reads like tomorrows newspaper!