The Blood Moons and Israels War 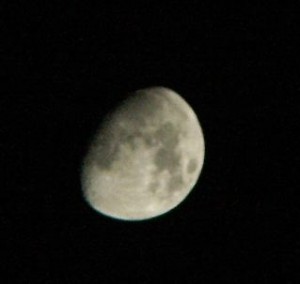 You’ve read my past posts on the blood moons – lots of speakers out there have preached  / taught on it.

Here is one of them, with embedded youtube link by Scottie: http://micahgallant.com/2014/02/19/blood-moon-tetrads-detail-by-scotty

Here is another by Mark Biltz  -youtube embedded video about it: http://micahgallant.com/2013/09/15/mark-biltz-blood-moon-tetrads

The sum up is that the blood moons predicted a war that involved Israel. Is it coincidence that the Gaza strip conflict has flared up? I think not, though this ‘smaller’ war I don’t think is the main event that the moons seem to predict – and by moons, I really mean God by way of the moons.  In the 20th century, the first set of blood moons marked Israels birth as a nation. The second set seemed to mark Israels regaining of Jerusalem.  The third set many have suggested that the last piece of the puzzle is the temple mount or land on it to build the temple.

If they get the temple mount or permission to build on it during these blood moons, consider this pattern valid and accurate. We shall all find out soon enough, as the last two blood moons are in 2015. This war currently happening is different, its different because the world is more than ever against Israel, the US doesn’t really support Israel – not its leadership anymore. ISIS is on the way to recover the levant (see my post here about the Levant: Prophecy Update July – ISIS).

This doesn’t even consider the times which we live in – have you been watching all the earthquakes happening? The ebola virus and its spread and the WHO warnings on it? Some amazing things are occurring and media is actually finally coming around to presenting it (i.e. increase in earthquakes which is unquestionable now).

Be watching Israel and the battles through this year and next, and you can tell me if it fits the pattern or not. Its at minimum something to watch for the christian and non christian alike and it really speaks for how close we are to the second return of the Lord.

“But concerning that day or that hour, no one knows, not even the angels in heaven, nor the Son, but only the Father. Be on guard, keep awake. For you do not know when the time will come. It is like a man going on a journey, when he leaves home and puts his servants in charge, each with his work, and commands the doorkeeper to stay awake. Therefore stay awake—for you do not know when the master of the house will come, in the evening, or at midnight, or when the rooster crows, or in the morning— lest he come suddenly and find you asleep. And what I say to you I say to all: Stay awake.”