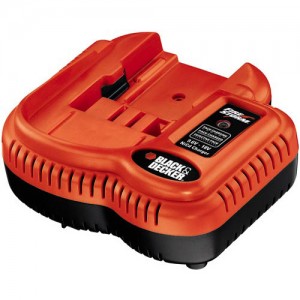 This is my supplementary blog post to go along with the youtube vid. Its for the B&D 18v quick charger.

I need a charger because:

So, my batteries were dying, or so I thought. They didn’t seem to charge well anymore more – if they ever did – on the out of the box cheap low amperage chargers. I figured it was because they were NiCad and developing a memory after a couple years of use, and that may be partially the case still. I figured, well, I need to buy a new fresh battery, or I attempt a better charger and see if that restores my two older batteries. Same price, new battery is $50, and this charger was $50. So one new battery, or potentially restore two older batteries to full time use.

I went for it, and put the batteries on it as soon as I got home. It charged them in about an hour each, and they had all the pep I remember them having all the sudden. It was night and day. And the key thing is that this is a ‘smart’ style charger, it knows when they are fully charged and indicates so with a steady red LED. The next great thing is that you can just leave the batteries on it, no need to take them off when done as it will stop charging them when they are full which is great because instead of a slow drain if you don’t use them for a week or whatever, as soon as you are ready to use them even after sitting, they’ve been trickle charging on it and are 100% ready to go.

Nice! This brought back the life to my two 3 year old 18v volt nicads. I would highly recommend this, its light years better than the out of the box charger. I should have gotten this when I first got my drill set, it would have allowed me to get a lot more done more quickly. This charger makes my little b&d 18volt set more similar to some of the expensive sets with the fancy wall chargers and the performance comes right along with that. NOw this doesn’t mean they are AS good as a Makita set or something – sure would be nice to have that – but it has made all the difference in me needing a new battery and the recharge time is super short. Over lunch I could have 2 batteries ready to go again for work.