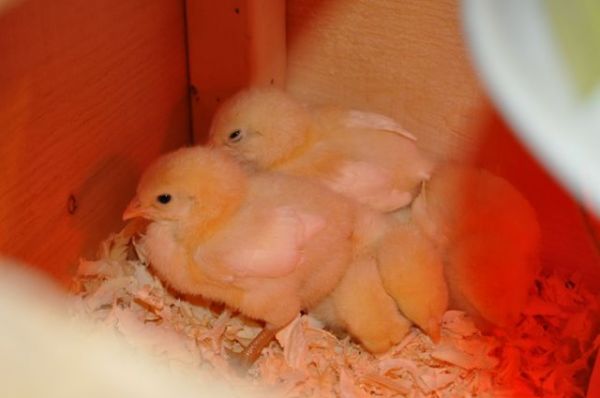 Had lots of bad luck with the Chanteclers. Lets start with the chicks.

We got the chicks and put them in the neighbours basement where the brooder was, and a couple days in some were looking sickly, the legs on those were much darker, no fat on them.  That was a Sunday when we realized there was something wrong, the CO-OP wasn’t open to go get some medicine so i went first thing monday. By that time it was too late for 2 chicks basically. So of our 6 chicks, 4 survived. The issue was Coccidiosis which i blogged on.  The solution was simple and effective, it was just some generic antibiotics which the neighbour had some of already but the ailment wasn’t listed on the back of it as being something it cured.  Due to my inexperience, i wasn’t able to spot / know what the issue was until too late. We (the neighbour and I) had never really experienced any sickness like this before with our 100 meat birds or our various other chickens.

So that was a bad experience, the disease comes from the breeder basically so we were worried and rightly so that it would infect the 15 other birds in nearby brooders. Hasn’t harmed them yet, still, it was an ‘imported’ disease that we didn’t need to deal with!

And the eggs…  I put 6 Cler eggs and 1 of our red eggs in the bator – I only purchased 6 cause my brooder only held 7 (usually they sell them in dozens). I candled them after 8 days and t hey looked spotty but some did have some darker spots so i left them in. Its usually at this time that you pull out ones that don’t look to be fertilized. I spent good money though so i didn’t want to take the chance that I candled it wrong so i left them in. After 21 days, none of the 6 ‘cler eggs hatched 🙁 The only thing that hatched was my own flocks red egg. They were splotchy inside so far as I saw which often indicates bacteria was in there, or the option is that they simply weren’t fertilized… now.. I assume they WERE fertilized because I got them specifically from a bird breeder specifically for incubating. So I assume that the breeder had a good indication they were fertilized so my only thought is that the breeder has some serious health issues on their farms with their other birds.

Its unfortunate and a back experience for me getting chickens and eggs for the first time from a breeder. So out of 12 ‘clers i was hoping for, we have 4 living. I can only hope one of the four is  a rooster so i can breed my own.

So thats the update.