Some pretty photos – KM A2

Here are a few shots from my Konica Minolta A2. Its my favourite camera (and I have a Nikon D90). Why is it my fav? Its just an overall more fun experience. It has built in 18 to 200 zoom which is the first and maybe the biggest advantage over the nikon which I only have an 18 to 35 mm barrel on. And the A2 autofocuses during movies though they are only SD. The D90 doesn’t, you have to manually focus during your vids if you will be moving it (and its hard to manual focus during  a movie). And it has built in time lapse, a feature missing on the D90. Probably considered a sideshow sort of feature but it makes for some interesting stuff, allows you to be more creative.  And the colours, for whatever reason seem to jump out more on the A2. Likely it has built in logic to saturate the images more to make it ‘look’ like they are better than they are… Doesn’t matter though, because I definitely find the pictures more creative and interesting coming out of it.

The below were taken early morning I think, when the sun was just coming up. The reflection in the windows of our fiddler neighbours house, and the wind turbine of the local farming brothers on the hill. 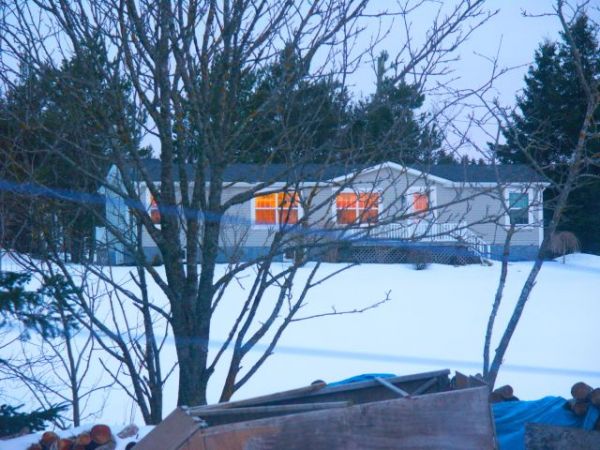