How many things can Google shutdown? 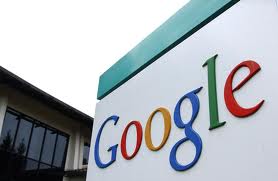 I’ve blogged before on it I believe, though I can’t find it. Google is shutting MORE services as part of its ‘spring cleaning’ :S. They apparently are trying to focus their business which is not all bad but the latest service to be axed is Google Reader… I use this, great aggregation of RSS feeds. Of all the services, I’m sure this is one of those that is used by the most hardcode people

“We launched Google Reader in 2005 in an effort to make it easy for people to discover and keep tabs on their favorite websites,” reads the post. “While the product has a loyal following, over the years usage has declined. So, on July 1, 2013, we will retire Google Reader.”

Its frustrating, the last big one that I was using (still use) is iGoogle. They decided to shut that off.  These are free services so I suppose I don’t really have the right to complain but still, it makes me wonder whats next? Google+ (hopefully, thats a useless service, it was DOA). How about google apps free accounts / for non profits, are they going to force people off that soon? Its not available anymore as a free service.

How about gmail accounts? Why not get rid that? They do have so many goofy niche products but this is one of the mainstays for any blog reader of feed following person.

I think its really time to start thinking about moving my email off them as well since I’ll never be sure what they cut next… :/