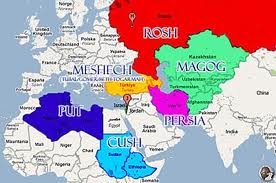 Tons of things happening in the news. The big news item (which is now simply relative to other normally large news items) is the non member status of the Palestinians at the UN. Did you hear about it? were you paying attention? Whats the problem most people ask. Isn’t it just fair and kind to recognize them?

The palestinians were offered their own country (which is what they are now trying to get the world to accept) back when the land was split up for Israel. At the same time Israel became a nation part of the land was offered to the Palestinians, why didn’t they accept? Because they didn’t want to agree to something that included an Israeli state :S They didn’t care about their own state, all they cared about was that Israeli didn’t become a nation so they were left out and Israel of course did become a nation.  They still don’t accept Israel as a nation. The issue with non-member UN status is that now the palestinians who aren’t technically a country or state now are effectively recognized as such and now they can lodge complaints at the UN. Why does that matter? Because their whole goal is to start lodging complaints every day about Israel, that is their whole modus operandi. Its the same story, they don’t care about being a country themselves really, their purpose is to hurl more rockets at Israel politically in the world forum of the UN.

The palestinians have routinely and regularly been offered their own land or free integration to Israel even yet they reject it. Its not about their people, their plight, their poverty, its about them not wanting Israel to exist. if you scratch beneath the surface… well not even, if you just read what the leaders are saying you’ll see that that is the main goal.

The US has set a March deadline for actual movement and concrete actions on Irans side to help the IAEA inspectors:

VIENNA: The United States set a March deadline for Iran to start cooperating in substance with a U.N. nuclear agency investigation, warning Tehran the issue may otherwise be referred to the U.N. Security Council.

The comments by U.S. diplomat Robert Wood to the board of the International Atomic Energy Agency Thursday signaled Washington’s growing frustration at a lack of progress in the IAEA’s inquiry into possible military dimensions to Tehran’s nuclear program.

Iran – which was first reported to the Security Council over its nuclear program by the IAEA’s 35-nation board in 2006 and then was hit by U.N. sanctions – rejects Western suspicions it is on a covert quest for atomic bomb capability.

Iran has been stalling and blocking inspectors for literally years now as the world simply attempts to continue dialog. Its really pretty lame. And the latest news is that Iran is trying to create a 50 kiloton nuclear bomb. Documentation was leaked FROM IAEA (IAEA didn’t want the doc out so it was subsequently leaked)

Iran is planning to build a nuclear bomb with at least triple the force of the bomb that destroyed Hiroshima in World War II, diagrams obtained by the Associated Press indicates. According to AP, the diagrams were first discovered by InternationalAtomic Energy Agency (IAEA) scientists after an inspection of an Iranian nuclear facility. The document was published by the AP Tuesday after, the news agency said, it was leaked by officials critical of the way the West has been handling the Iran issue.

The diagrams discovered by the IAEA show Iranian scientists calculating the desired “nuclear explosive yield” in a device they were apparently working on. IAEA inspectors described the diagrams in a report, and a senior official who is working with the Geneva-based UN organization confirmed that the diagrams obtained by AP were the same ones mentioned in the report.

The diagrams showed a scientific calculation of the expected yield of a nuclear device, with a maximum force of 50 kilotons, experts who saw the AP diagrams said. There was no possibility that the diagrams referred to a process other than construction of a nuclear weapon, the experts said.

Why isn’t this headline news? I dunno, I didn’t see it, it doesn’t appear to be headline news on CBC.ca. Maybe  we’re all desensitized that this kind of info means nothing to us anymore? I think rather its part of the prophetic timeline that we all disregard it basically in the name of tolerance or good faith or something like that.

In other news, Egypt is still in turmoil.

(related to the new constitution being created)The draft has a distinctive Islamic bent — enough to worry many that civil liberties could be restricted, though its provisions for enforcing Shariah, or Islamic law, are not as firm as ultraconservatives wished.

Protests began last week when Morsi issued decrees granting himself sweeping powers that neutralized the judiciary. Morsi said the move was needed to stop the courts — where anti-Islamist or Mubarak-era judges hold many powerful posts — from dissolving the assembly and further delaying Egypt’s transition.

The Arab spring there kicked out Mubarak when all rallied, they got a new president and what are they doing now? They don’t like the new guy who instead of a secular dictatorship is starting an islamic dictatorship. They didn’t see this coming? :/ They will likely be worse off than they were before the uprising. Egypt at least with Mubarak was mostly safe and they had lots of freedoms, women included. No more very likely if all the sharia law and Morsi takes a firm grip on the country.  This isn’t unexpected to me at all, Egypt is one of the nations that surrounds Israel in war and they weren’t ready for that with a secular dictatorship that for all intents and purposes was happy to go along with the US as long as the US was giving them money. THe US money is still working for the time being with Morsi as well but I think we’ll see soon enough that the islamic side of things will take over, reject US intervention and policies and join with the rest of the islamic nations in calling Israel an enemy. They basically do now. Egypt had for a long time a peace treaty with Israel, that is totally up in the air now and thats prophetic.

And did you hear that Russia has a couple war ships off the coast in Gaza? Countries that don’t like israel are literally lining up their war machines, tanks, ships, planes, all around Israel.

“And when you shall see Jerusalem being encircled by armies, then know that its destruction is near. Let those in Judea flee to the mountains; and those in the midst of it, let them go out. And those who are out of town do not go into Jerusalem. For these are the days of vengeance when all things that have been written are to be fulfilled. But woe to the pregnant women, and those breast-feeding children in those days! for great distress will be on the earth and wrath on his people” (Lk.21:20-23 Para.).

Is the end of the world near? In your lifetime if you’re reading this I believe. December 21st? Well no… but that is one of those cry wolf situations where people will make more fun of the gospel and the return of Christ and suggest that its stupid, and the world has continued uninterrupted since their grandfathers died (yes thats biblical).

Pay attention to world news and how it relates to bible prophecy, its fascinating stuff. We are indeed in biblical times!