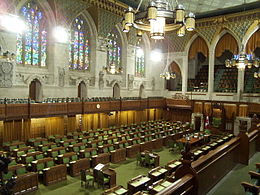 I watched the news wednesday night and listened to the panel about the omnibus bill. This massive bill that they put together to ‘simplify’ voting however what they often do is sneak in a pile of unrelated bills in hopes of getting it all passed with the least review and discussion.

An omnibus bill is a proposed law that covers a number of diverse or unrelated topics. Omnibus is derived from Latin and means “for everything”. An omnibus bill is a single document that is accepted in a single vote by a legislature but packages together several measures into one or combines diverse subjects into a single proposal.

In the United States examples include reconciliation bills, combined appropriations bills, and private relief and claims bills. Omnibus legislation is routinely used by the United States Congress to group together the budgets of all departments in one year in an omnibus spending bill. In Canada one famous omnibus bill became the Criminal Law Amendment Act, 1968-69, a 126-page, 120-clause amendment to the Criminal Code of Canada, which dealt with issues as diverse ashomosexuality, prostitution, abortion, gambling, gun control and drunk driving. In the Republic of Ireland the Second Amendment was an omnibus constitutional law, enacted in 1941, that made many unrelated changes to the state’s fundamental law.

The panel went on to talk about the abuse of government by the conservatives (and I did vote for them this go round) and the neglect for legislative due process in the name of efficiency and ‘getting things done’. And I heard about the prorogation which was just recently used by Ontarios premier McGuinty and how really its something that really shouldn’t be used but has been to get around a legislative debates or processes that might go in a direction not wanted by his government. The same was used by Stephen Harper in 2008

Prorogation is the end of a parliamentary session in the Parliament of Canada and the parliaments of its provinces and territories. It differs from a recess or adjournment, which do not end a session, and from a complete dissolution of parliament, which ends both the session and the entire parliament, requiring an election for the House of Commons.

In the Canadian parliamentary system, the legislature is typically prorogued upon the completion of the agenda set forth in the Speech from the Throne and remains in recess until the monarch or governor general, in the federal sphere, or lieutenant governor, in a province, summons parliamentarians. In 2008, 2009, and 2010, prorogation of the Parliament of Canada was the subject of discussion among academics, the Canadian public, and their political representatives.

Now you say, if you don’t like all these things, mechanisms, power plays, why not vote the other guy in. And here is where my cynicism enters. This is all we do, we vote one party in one year, they do something bad or corruption is uncovered, then we vote the other party in, they do something bad, corruption is uncovered, then we go vote the first party back in and so on. Unfortunately we just seem to vote other parties in but it doesn’t seem that we get very far. Sure smaller things happen, if its bad enough sometimes they do correct things. I don’t mind the fiscal responsibility that the conservatives seem to be working towards (and I’m sure many pundits will have their own opinions on that, liberal folk for example). All said, with our problems, we do, thankfully, have a higher power, a guiding hand, namely God. And we can call out to that higher power and ask for direction and wisdom for our own lives and we can even effect change in the lives of our leaders as well through prayer. How often do you pray for your leaders? I gotta admit, I don’t recall the last time I did but I should start.

We all have a responsibility to both vote and hold our leadership up in prayer as Christians and I don’t think we do that enough.  I think Canada is unusually blessed. Blessed with resources, nature, land mass, peoples, economy and the apparent insulation from the world economic crisis but this won’t all last forever.

I’m glad CBC reports on this stuff too, part of an open society is that the media reports what it needs to and isn’t influenced by money or agenda. Now again, I’m sure there is an agenda there or pressures at least on the CBC but generally, its still an open media outlet reporting the news. we all need to be aware of whats happening in Ottawa and local politics too and we also need to participate in the political process by voting for our local members.

Hey, if you don’t like whats happening in government, you can’t complain about it unless you are also willing to take part in the process and attempt to better that process and government!