e3 and the next generation

E3 is coming up. June 5th is the Nintendo keynote. With it is the announcement of the next generation WiiU and the start of whatever generation of consoles this starts (8th generation for Nintendo of consoles? 9th?)

I’m personally excited, its always exciting to see all the new hardware and software, especially near the end of the current cycle when games are looking dated. Not to mention that my Wii is broken and has been for almost a year! Really want to get back to 007 and finish it!

I’m super excited about the potential for Luigis mansion 2 for Wii in HD, it was a very atmospheric and totally fun to explore, that was on Gamecube I think?! It really at first seemed like a place holder, to buy some time for Nintendo to bring out a full out Mario franchise and in a way it was but it was a great game none the less. 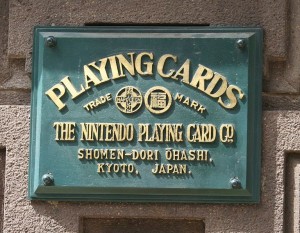 I’m excited too about the HD era for Nintendo (finally), even though I don’t have an HD set and won’t for the foreseeable future I think these days a lot of people do and I hate having people discount it due to lack of HD. The fanboys on either side are already making comments based on the assumed specs. Nintendo themselves have suggested that their focus was wrong with the Wii which I appreciate as a gamer. Now hopefully they will be giving gamers a bit more of what they want, i.e. the big new powerful console with all the top of the line third party games and ability to complete.

Nintendo is also rumoured to be launching a ‘real’ online experience. the one they have now is PER game and super lame based on friend codes which are unique with every single game. If you’ve ever tried to use them, you’d know they were useless! Also cloud storage game saves and profile saves are almost expected these days so I’m excited to see their take on a real online gaming network. I think they can do it, it just took them one generation of consoles to figure out they weren’t doing it right 😛 Having said that the Wii was still the biggest selling console in many years.

Another thing I enjoy is supporting a small (relatively so) company that is otherwise dedicated to games (since 1889). I like the story of them and they do indeed make some of the most entertaining games

Nintendo Co., Ltd. (任天堂株式会社 Nintendō Kabushiki gaisha?) is a Japanese multinational consumer electronics company located in Kyoto, Japan. Founded on September 23, 1889[2] by Fusajiro Yamauchi, it produced handmadehanafuda cards.[6] By 1963, the company had tried several small niche businesses, such as a cab company and a love hotel.[7]

Nintendo developed into a video game company, becoming the most influential in the industry[citation needed], and Japan’s third most valuable listed company, with a market value of over US$ 85 billion.[8] Nintendo of America is also the majority owner of the Seattle MarinersMajor League Baseball team.[9]

The name Nintendo can be roughly translated from Japanese to English as “leave luck to heaven”.[10] As of October 18, 2010, Nintendo has sold over 565 million hardware units and 3.4 billion software units.[11]

Thats my rant on Nintendo. Misdirected, a little random for sure,  excited no matter what though, like a kid in a candy store!