My new best friend, the mirror 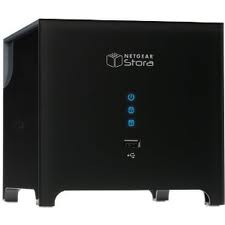 So timemachine tanks every month or 2, says it wants to rebuild the whole backup file again which is an uber pain. So, before it can create a new file it has to delete the original of course which means you no longer have a backup until its complete again and a complete backup takes about 24 hours (almost 400gigs). I’ve blogged on time machine before and its issues, but to remedy this consistent issue I finally realized a good way to get a copy of the data without having to create a new backup file with something other than time machine.

With my Netgear Stora, granted not the most popular unit and definitely a consumer level only unit, I’m able to create a mirror, aka, RAID1

In RAID 1 (mirroring without parity or striping), data is written identically to two drives, thereby producing a “mirrored set”; at least two drives are required to constitute such an array. While more constituent drives may be employed, many implementations deal with a maximum of only two; of course, it might be possible to use such a limited level 1 RAID itself as a constituent of a level 1 RAID, effectively masking the limitation.[citation needed] The array continues to operate as long as at least one drive is functioning. With appropriate operating system support, there can be increased read performance, and only a minimal write performance reduction; implementing RAID 1 with a separate controller for each drive in order to perform simultaneous reads (and writes) is sometimes called multiplexing (orduplexing when there are only two drives).

Once the mirror is in place and a full backup is there, I can break said mirror, take one drive off site, plug in a fresh drive and rebuild that mirror again to have a fully functioning mirrored NAS again. Effectively, any time Time Machine has issues, i can swap in / out the third drive I have and store the most recent copy somewhere else.

Currently I have 3 x 1 TB drives (3.5 inch, 7200 RPM, two from Seagate and one from samsung). In the mirror I have total backup space of just under one terabyte which is adequate since I”m mainly backing up our macbook drive which is 500gigs.

I should be good with this setup I think even when I get a 1 TB drive in the macbook (which is something I can’t see anytime soon – I have 75 gigs left on the macbook, so with just pics and movies, it will be another year or so anyways).

So i don’t know why I never thought of breaking the mirror and using that as a copy… Works great! This total backup solution now has cost about $450. but better that than losing it all!

I walk through the process in this youtube video:

The process for the next guy, and the next time I restore OSX or break the mirror is this:

2 thoughts on “My new best friend, the mirror”