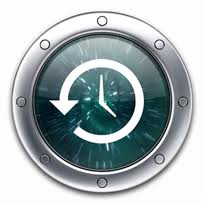 I own and primarily run OSX. I do use a windows machine for work but our home system is a Macbook (hope to move back to an iMac for a family system next go round). I like to use the built in stuff, A) because its there and B) because it will likely be the best since its made for the system. The built in stuff meaning ‘Time Machine’. And it does work, works great, I’ve restored from it after harddrive failure a few times. ONce the first backup is done, incremental are quick and totally feasible over wifi.

That being said, the whole time machine backup file has gone corrupt on me 3 or 4 times, maybe more. What that means is that it has to delete the WHOLE and usually ONLY copy of backed up files (leaving you without a backup). It then starts from scratch and builds the whole file up again. Problem is, I have 400 gigs of data to backup, so when it decides it has to create a whole new file, it literally takes 24 to 48 hours to create a new backup :/  … In that time, if my harddrive fails, I don’t have a complete backup. SO… I need to use secondary backup software to make a THIRD copy of my data so should the drive fail while TM is backing it up, I  still have a full copy. So thats another 2 or 3 days of backup time. So a week of backing up when time machine decides it needs to redo its backup sparsebundle. Brutal to say the least. It shouldn’t really be considered a backup solution if it first has to delete your ONLY backup before it creates a new one. Does Apple want me to go use other non apple software? Apparently yes, and if No, then they have no idea what ‘backup’ actually means…

So I run iBackup, I’ve tried carbon copy cloner, now trying SuperDuper (superduper seemingly being the fastest of them all). Once the SD backup is done, I’ll be safe to start a brand new time machine backup – oiy, what a process…

Apparently this is pretty common, using a secondary backup tool in conjunction with Time Machine? Seems very odd to me that its needed :S Why doesn’t time machine just rename the existing file and start a fresh one, thereby preserving a full copy until the NEW copy is complete?? I’ve never found the sparsebundle to be corrupt where you can’t mount it and surf through the files. In fact, every time I’ve went in, I’ve been able to look through and grab any files I want, so its frustrating when TM just gives up on it as garbage.

Not to mention the fact that you’re doubling wear and tear on the macbook drive by backing up 300 gigs twice! I even tried to copy the TM sparsebundle / rename it and it won’t let me. I need to research that more, if I can just get a copy of it, I won’t need other backup software.

So its a general frustration and tediousness that doesn’t need to be there. If Apple makes a backup product, I expect it to be a complete solution. When its working, its seamless, works in the background, just works, and restore is super easy. And then every  time its decided to start over, its been an uber slow pain to ensure I have adequate backups in place prior to letting it do its thing.

This is my rant for the week. I know many others already feel my pain, Apple, please provide a better solution here :/ When you decide the sparsebundle is corrupt, just rename it and leave it in place until a complete tertiary backup is in place!