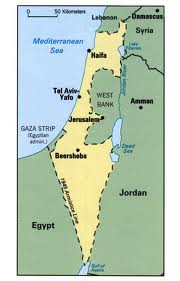 While this year is hyped as a big year for doomsday scenarios, I can tell you for a fact that the world will not end. Why? Cause the bible says so. Let me preface this prophecy update by saying that no where am I saying that the things I’ll talk about are ABSOLUTELY the items written about in the bible. Why? Well, the bible doesn’t give us a date and time for these things to happen (example one world government), it simply says in the last days there WILL be a one world government. So whether the things happening now fulfill that or simply are the precursors, it doesn’t really matter. Its enough at this point in time to recognize where the world is moving and how geopolitical events are occurring and ushering us towards these biblical events. If you look at things happening with your prophecy goggles, its pretty obvious to see how the train is moving towards things described in the bible.

I’ll start with some headlines and describe why its significant:

Why does the above matter? God will only come back (apart from the Rapture) when Israel recognizes their need for God and calls out. Which means, first they must believe in Him (as opposed to being an atheist ‘modern’ state). They must recognize Jesus as messiah because they did not recognize Him as such when He came the first time as a baby in Bethlehem.

World stocks fell from a 5-1/2 month high on Friday as gains spurred by the Federal Reserve’s pledge of low interest rates gave way to concerns about Portugal, seen as the next domino in the euro zone crisis, and uncertainty over Greek debt talks.

Many many people are predicting bankruptcy for Greece and others following suit. Why does the world economy make any difference? In the end times the bible speaks of a one world government and one way to buy and sell (a single currency or method to buy and sell). This is referred to as the mark of the beast. Now most countries right now would not even consider consolidating currencies, let alone using an implantable device or tattoo or something on each person, thats crazy talk right? Well, if the world economy really crashes, creating a brand new currency is one way to start over again. Basically everyone loses their wealth (except for some high ups) and we all start over again effectively wiping out debt but also wiping out any savings or personal wealthy people have. Its a reset of the economy and is being talked about and has been for years. This is where things like the confiscation of gold come in so that people can’t get around the reset of the economy. (http://en.wikipedia.org/wiki/Executive_Order_6102)

Executive Order 6102 is an Executive Order signed on April 5, 1933, by U.S. PresidentFranklin D. Roosevelt “forbidding the Hoarding of Gold Coin, Gold Bullion, andGold Certificates within the continental United States”. The order criminalized the possession of monetary gold by any individual, partnership, association or corporation.

We eventually will migrate towards one currency one way or another and its already being suggested as the solution to the economic crisis. Check out the Bretton Woods system: http://en.wikipedia.org/wiki/Bretton_Woods_system. This was created to fix the problem of the great depression. This isn’t conspiracy, this is common knowledge stuff – well, freely available knowledge stuff, most people have never heard of these things. And yes, it does make sense, this would fix the economy situation, but fixing in this case means everyone starts from scratch again for the most part.

So these are just 2 of the ‘bigger picture’ prophetic items, props and actors that need to be in place to fulfill bible prophecy and they are in the works right now. Next up? Financial collapse, and right now, possibly the Ezekiel 38 war described and destruction of Damascus (Damascus item being quite obvious in news these days related to wars and rumours of wars and regime changes.)

So much stuff going on, this is a drop in the ocean once you start connecting all the pieces and see how the whole world is moving towards and infact fulfilling bible prophecy with news coming out every day.

One thought on “Bible Prophecy Update for January 2012”