Hook in the jaw 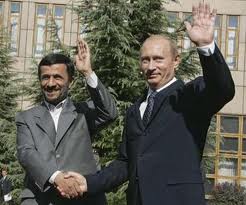 This is kinda a prophecy update.  World news this week just hit me and I realized what one of the prophetic scriptures very likely means.

“I will turn you around and put hooks in your jaws to lead you out with your whole army—your horses and charioteers in full armor and a great horde armed with shields and swords. Ezekiel 38”

So that verse, in Ezekiel 38 according to most bible prophecy scholars hasn’t occurred yet. its related to the kings of the north, Gog, Magog.  Many prophecy speakers pontificated on what would draw the countries into battle, or what the ‘hook’ would be that was put in their jaws to pull them into the fight. Many suggested that it would be Israels wealth that they were after that would draw the countries down. And that makes some sense, Israel has just found massive oil and gas fields and with peak oil (if you don’t know what that means, google it) being past, any time now the battles could start over the control of the last few drops. As I heard these theories  /explanations, I thought, well that is plausible in relation to what we see occurring over there now.

It wasn’t until I heard the following headline that I thought, oh wait,… Its a lot more simple then money or oil.

Russia: Attack on Tehran is attack on Moscow

Russia has given Iran its bear hug and warns Israel and the West that an attack on Tehran would be considered an attack on Moscow. The threat heightens the prospect of World War III in the event of a military strike on Iran.

“Iran is our neighbor,” Russia’s outgoing ambassador to NATO, Dmitry Rogozin, told reporters in Brussels. “And if Iran is involved in any military action, it’s a direct threat to our security.”

Now with the nations militaries built up around due to nuclear weapons and Israel giving no promises about whether to attack or not, its plain as day to see what the hook is that draws the other countries into this battle. Before we had to make up stuff cause we didn’t really see this happening, ie Russia committing to aid Iran in a battle.  This is huge.  Now that they’ve said it straight up, it will be hard to go back on that. Read: Russia probably doesn’t really want to strike Israel and have no personal reasons or need to, but they feel obligated because of security concerns and also agreements with Iran.It also looks like Israel will indeed strike Iran, presumably prior to the underground nuclear detonations planned by Iran this summer. (http://www.virtualjerusalem.com/news.php?Itemid=5810)

Tehran is preparing an underground test of a one-kiloton nuclear device during 2012, much like the test carried out by North Korea in 2006. Underground facilities are under construction in great secrecy behind the noise and fury raised by the start of advanced uranium enrichment at Iran’s fortified, subterranean Fordo site near Qom. (from above link)

Now that we have this angle on world news, we can see how bible prophecy can be and often is much more plain then we think. Too often, since events haven’t occurred yet, we manufacture reasons based on current geopolitics. what we don’t know is how those same geopolitics will change rapidly (arab spring anyone??)

Bible prophecy and world events are in full swing and countries are taking sides, lining up and Gods prophetic timeline is ticking away. Amazing stuff to see that your very own bible is TRUE!

Add to this the next verse in chapter 38 and you see Iran listed there as being a participant in the battle (Persia) among others. Again, amazing stuff, the bible is basically tomorrows newspaper!