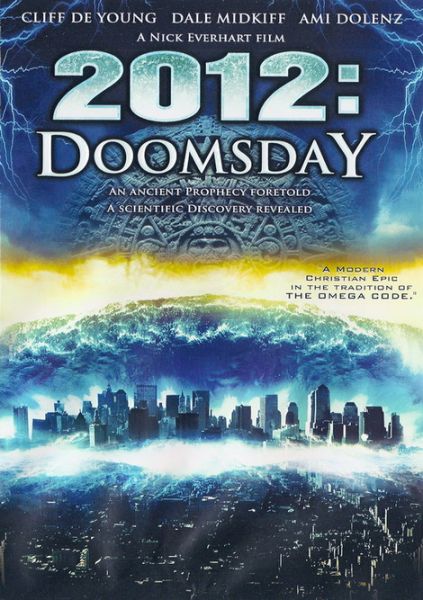 2012 is a big year for the world, so many people thinking about the end of the world, wars and rumours of wars with Iran, Israel, Syria etc.

Now obviously I don’t make decisions for God so I can’t REALLY say whether He will return in 2012. And the doctrine of imminence applies here as well:

So ya, with that quote and idea, obviously this post got a lot more questionable, and thats fine, we should all be looking for HIs return and we should all be excited and expecting it at any time. A verse though, coupled with whats going on in the world would suggest that things aren’t really in place as prescribed by God HImself in His Word.


Matthew 24:36
New International Version (©1984)
“No one knows about that day or hour, not even the angels in heaven, nor the Son, but only the Father.

1 Thessalonians 5:2  for you know very well that the day of the Lord will come like a thief in the night
Again, with those He COULD come in 2012 but here is why I think we have a bit more time.

So many around the world are all excited about the mayan end of the world for example and there is a lot of economic fear and fears of a 3rd world war. People are ready for the end of the world almost and many bible prophecy teachers even will get caught setting dates here. I suggest that when 2012 comes to a close without any major life changing events it will be the final big reason for people to be let down by religious and secular prophecy and events and to say ‘where is the coming of the Lord??’ and this will lead them to lose faith, to give up hope. This too was written and foretold in the bible:

So ya, I think 2012 will be used by the devil to make a joke of the rapture, the coming judgement and further set the stage for the coming world government that the bible speaks of etc.  I would suggest that some world changing events will happen in 2012 (syria, iran, world economy) but otherwise it will be quiet and people will further mock the bible, the rapture,  and really anyone religious.

This is all really for you to think about though. You should consider how much time is left in this world for yourself, get in your bible, read about all the references to His second coming and the rapture (which are distinct events). There is detail as to what the next great war is (did you know biblically Iran cannot be destroyed in this next battle? As they are listed as one of the nations in the great battle against Israel?) Did you know the bible speaks of the destruction of Damascus? I blogged on that a while back, we could be close to that. The bible is relevant to you life TODAY, you need to get into it.