The hurricane that never was 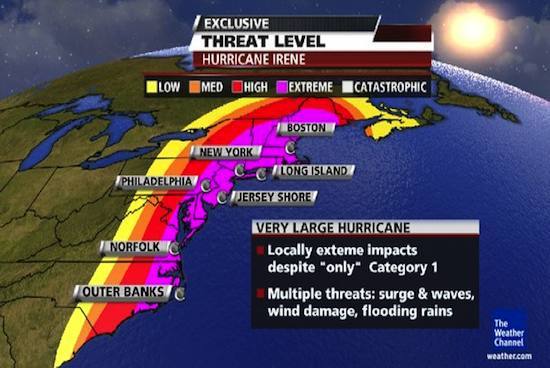 As we enjoy our morning coffee, the wind whistles outside. It did all night in fact, didn’t get much sleep, too hot with the window closed, too windy and loud with it open :/ It sure was a large storm when it started but quickly became just a bunch of wind and rain. We’ve had much more windy conditions here actually, times where the house would shutter and shake. Stronger gusts before I guess. It would be exciting for a real hurricane to make its way up here.

I heard it said that a hurricane would help the economy and indeed it would. Similar to a war, it prompts a lot of spending for materials, food stores etc. I can say that that is the one thing that would save the US, ie a major catastrophe – and they have used that in the past to make things happen too. Like false flag attacks, or excuses to go to war. Big natural disasters bring out the money people are saving (or not) and brings out the best and the worst in people. Whether its helpful long term… probably… it does help to even out prices for land, houses and such, brings down the overall value of stuff so that they can grow again, and other products it raises the value of and that helps too. Pretty much any big change helps, it gives the economy a kick in the pants, to get off the fence and do something which prompts the free market to straighten things out again.

I could be totally wrong 😛 I’m not an economist, but I think I could argue that case for all the big disasters or wars.

Back to the hurricane, we had a tree fall over, 2 chairs blown off the porch but nothing else other then that. It would be fun to be in the middle of something huge, to have to survive, we didn’t even get a power outage 🙁 Whats up with that… we hardly ever get them here… It used to be that the community had to work together to bring in the crops, to get projects done, now we hire faceless companies, workers from far away that we’ve never met before and that doesn’t build community at all. Doesn’t build relationships, or pride in work done, or mutual respect and a sense of ownership for buildings and things around the community.

Sure would be exciting to have a big ol’ storm here! It would be like survival camping but for real. How cool eh??