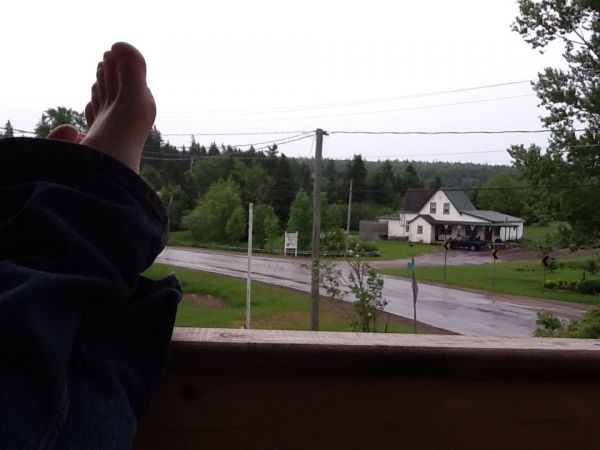 The ipad is getting a little wet as we we sit out on the front porch, not as much the stoop, but thats a cool word that I don’t know if i’ve ever used. Its grey, rainy and 17 degrees or so. Apparently 53% relative humidity in the house which according to the weather station is in the ‘smiley face’ range. Sweater weather outside at the moment though it felt hot when it wasn’t raining.

Its been a while since it was good weather for riding. I’ve said it before but I can’t wait until its nice and sunny and really warm so that its always toasty on the bike, even at night. Can’t wait for our Moncton bike trip as well, not sure when that will be but the plan is to do a big bike trip over the NB, have supper and ride back. I’ll be sure to get some pictures of that!

On a totally different thought, I was reading about security, all the cyber threats these days, from government and rogue states, and things like the Chinese government spying on email of dissidents and other potential state ‘security problem’ accounts. I’ve often thought of fully encrypting all my email, at that point, only those with a digital key would be able to decrypt if, I’ve even read that its difficult for the military to hack into email encrypted that way so its a great way to be a bit more sure that people aren’t reading your email. Who cares you say, my email isn’t important day to day. Ah yes, but the sum total of all your email when processed can provide quite a clear digital picture of who you are, what you like, where you shop, the locations you frequent, your friends, addresses, numbers, personal relationship details, tons of stuff. One piece isn’t a big deal but governments and anybody willing to do some work now have an encyclopedia of information on you which could be used in the future at any time. Its significant biblically and even if you don’t care about bible prophecy, personal privacy should be a concern to you. Anyways, PGP is the old school way to encrypt emails, stands for Pretty Good Privacy

Pretty Good Privacy (PGP) is a data encryption and decryption computer program that provides cryptographic privacy and authentication for data communication. PGP is often used for signing, encrypting and decrypting texts, E-mails, files, directories and whole disk partitions to increase the security of e-mail communications. It was created by Phil Zimmermann in 1991.

I’ve also realized that you DO need special 3 way switches for double switch lights to work. We have probably 4 or 5 of those in our house, where two switches in different locations turn the same light on and off. I tried using a 2 way and … no dice… 😛 Had to try it right… can’t learn unless I do things the hard way and find the wrong way to do it. So, another trip to Canadian Tire next week to fix those. We should have kept a list of all the little things we have done to the house to update it. Tons and tons of things. Switches, outlets and covers, dry walling, insulting, grading, cleaning etc etc. So many things. Its a lot of fun to own ones own house! 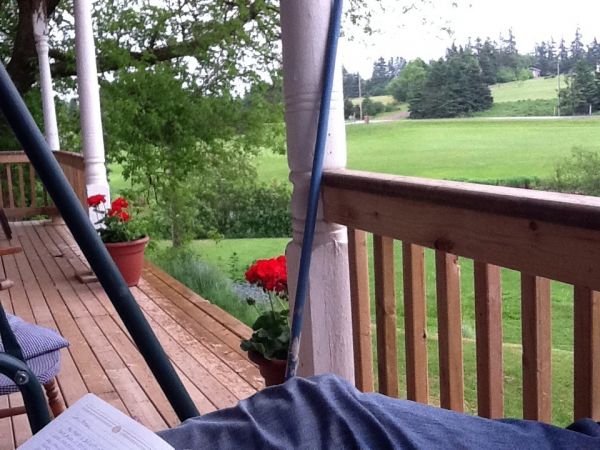 One thought on “From the stoop”