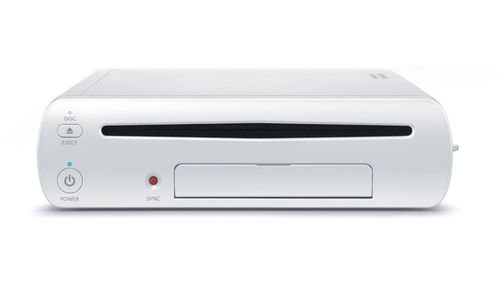 The Nintendo WiiU was presented yesterday at E3 (Electronics Entertainment Expo if you didn’t know). I was so pumped for this announcement, had big hopes, and no idea what I would see. Nintendo did surprise again and it was all a little bizarre. They trotted out this oversized gameboy like device and I was confused as were many others as to whether this was the hardware… the console or not. THey didn’t talk about the console much other to say it was high definition capable basically. The console itself sat in the background of pictures and wasn’t really presented up front at all.

So what was presented? Well the hardware is more powerful then 360 or ps3 apparently but we won’t know until we have REAL specs. Its the same size as the original Wii, looks slightly different. The big change is the new controller. Once again Nintendo switches it up with a new controller design which includes an HD 6 inch screen built right in. 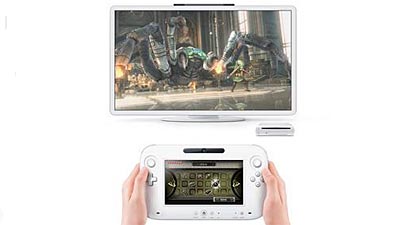 What they made basically was a home console DS. Go compare the DS to the new WiiU and your big screen tv. One is touch, the other is not, on is for main gameplay, the other is for extra options or detail. Thats the first thing I though when I saw it. No doubt a lot of inspiration came from the DS.

What do I think?
Well, we had talked for years – my brother and I – about wanting dedicated monitors for FPS’s, this unit looks like it would basically provide that experience rather then relying on 4 player split screen so that is interesting. The controller is not autonomous though, that would have been cool, take some games to play away from your WiiU console for example. Currently the controller needs to be within range of the console at all times for it to be of any use.

I think as well they could do some interesting things with this but it was out in left field. I think for the last 15 years I’ve hoped that some company would launch a headset stereoscopic 3D unit that would fully immerse me. … stereoscopic stuff is SO old… you would think they would try it again – and they did with the virtual boy but that was a 2 colour system :/

I still don’t get why it is so hard and not the way any company wants to go. 3D is the future of gaming but it seems no companies feel that way. Sure Nintendo made the Nintendo 3DS but whats wrong with headsets? no one seems to want to force headsets on people.

If Nintendo wants some REAL cheers from a hardcore cloud, deliver a 3D headset add-on with head tracking (like we had in the arcades decades ago).

Ohwell, another generation come and gone without it. The whole controller thing is interesting, and we’re all glad Nintendo has finally stepped up to the HD plate, we shall wait and see if WiiU can have anywhere near the success of the Wii. I really think that Nintendo still doesn’t quite understand hardcore gamers yet… which is odd because Nintendo was the company that basically created that part of the gaming public.

Will I be getting it?
Well of course 😉 It is still very cool regardless of whether it has 3D and we haven’t even seen much for the games yet and they should look amazing in HD (just need an HD tv now…) I might have to settle for a 3D TV that fakes the effect and with OTA DTV coming in september, we will need to start looking for either a converter or an HD tv… I should really check out the futureshop site to see what they have in anticipation 😉

EDIT: Below are the kinds of things I always expect and want to see, these are the things the hardcore fans love, and want to see innovation into the space of. ie, 3D realm with innovative glasses that give two people their own view? How cool is that? These should be things Nintendo is dreaming up. Maybe I need to switch allegiance but the other companies never make this stuff work, Nintendo is the only company to really make these new things stick… heres hoping it gets big and Nintendo adopts it!

We discussed Sony’s E3 announcement of the pricing and details of the Vita portable console (hands-on report), but they also made a stronger push into the 3D space, revealing a 24″ display specifically designed for 3D gaming. Most notable about this display is that two players wearing 3D glasses can use it to view separate images on screen. This means that when playing with a friend, you need not sacrifice 50% of screen real estate to accommodate the other player. The Guardian has a good run-down of Sony’s other E3 announcements.

One thought on “WiiU and video gaming”