Its a big two weeks coming up!!. Why? Excellent question 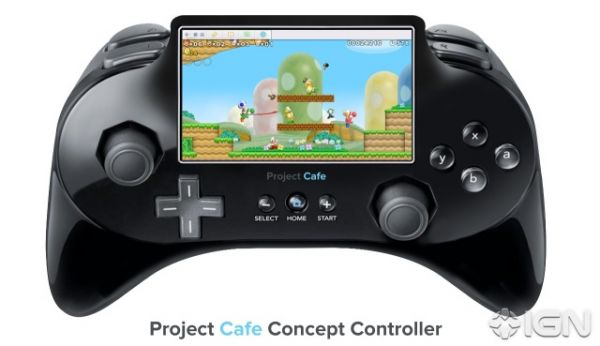 – Wii 2 is to be announced at E3 this week – tuesday I believe. Its to be launched in 2012, likely for the Christmas season, so November 2012 (should the Lord tarry and the world not blow and all that. Or maybe thats December 31st, 2012?….) Anyways, rumours as they stand now are of a device more powerful then 360 and ps3 (fingers crossed on that!) and a controller with a high def screen on it, like an old school style. Interesting, the controller doesn’t seem Nintendos style. No matter though, I’m super excited to see what the next gen system will be, and not the least of my reasons being that my Wii died on me, it no longer reads DVDs (the game discs 🙁 .. ). So heres hoping for an awesome high def, next gen system that will play all my existing games! btw, its code name is Project Cafe.

– IOS5 and Lion AND iCloud are to be announced, and more even! on the 14th or so at WWDC. Whats exciting there? Well new OS for Mac, and an OS for iPad and IOS devices. Hoping that IOS5 will make my ipad completely autonomous, ie no need for any computer to sync to for updates or music / photo syncing, and the rumour there is that that is going to be one of the big features. Excited about that. I rarely use my macbook now actually which is great, any thing not work related is done on the ipad. And while the iPad isn’t quite ideal for everything, limitations of youtube, lack of flash, lack of widgets (another rumoured addition) and other small items, I make due. Just like when I switched from Windows to Mac the first time, it was a large quick learning curve and I had to find new ways to do things and I did. The iPad has turned out to be a really good machine for blogging for instance – with the addition of the bluetooth keyboard – and great for video rendering and posting to youtube for sharing, it renders far quicker then even macbook pros just because its solid state, and the iPad 2 has excellent graphics capabilities as well.

– And last but not least (though more might come up), prophetically, things are being said and things are happening that show Jesus is soon to return. Ahmadinejad of Iran says the 12th imam is arriving on the 7th, if you don’t know what / who that is, you should so google it. Its the second largest religion that is promoting this, ie, Islam (first being the broad label of ‘christianity’) There is supposed to be caos in the world before the 12th imam can appear so the president of Iran sorta considers it his duty to create that chaos, likely through a nuke. The latest news is that they have 4 times the amount of enrich able uranium that they need for a nuke, they’ve been hiding it from the IAEA and the world, they are supporting the uprising in Syria and funding Hamas and Hezbollah (part of the generated chaos needed) One interesting note is that the iPad has names like Hamas, Ahmadinejad, and Hezbollah in its dictionary for auto correction?! So you need to stay on top of the world news, as it all ties right back into the books of Ezekiel, Daniel, Joel, Matthew, Psalms,… so many others, and of course revelation

So there you are, these are the things I’m excited about / watching for the next two weeks. The first two are fun… the 3rd is super serious