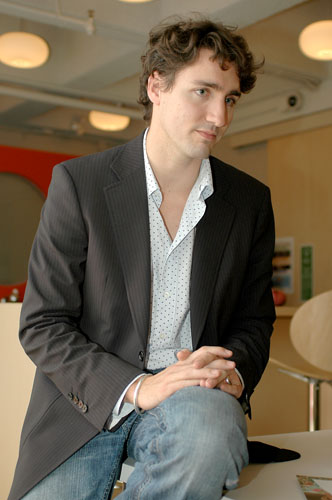 With the liberals down and out, at least for the next little while, things are almost upside down in Canada. An article just came out about Justin Trudeau and whether he would run for leader of the Liberal party.

Trudeau, one of only 34 re-elected Liberal MPs, said in an interview Wednesday on CBC News Network that the results were difficult to watch, but not entirely surprising. He said the Liberal party “has been in trouble for a number of years,” because it hasn’t been able to connect with Canadians.

Now to me that would be exciting and intriguing. A new young leader with lots of personality. Now sure, he would have big shoes to fill by way of Pierre his father but if he could live up to half of that, I think it would be very cool… I’d probably vote for him just cause he is under 50 😛

What do you think about him as a Liberal leader??

2 thoughts on “Trudeau as Liberal leader?”