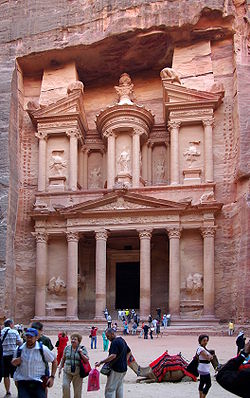 Israel will have to evacuate civilian populations during a future conflict with Hamas in the Gaza Strip or Hizbullah in Lebanon, IDF Chief of General Staff Lt.-Gen. Gabi Ashkenazi said on Tuesday.

This is fascinating because many believe that Israel during a time of great persecution will be forced into taking refuge in the Rock city of Petra until Jesus comes back to save them. Google it, lots of references and study on it. Not ‘written in stone’ but still very interesting to ponder as it relates to bible prophecy!