The Coming Of The Lord

I think a lot about the coming of the Lord. Its just a great topic to think on, we’re in fact encouraged to understand end times, prophecy, the book of revelation. The third verse in revelation says we are blessed if we read it:

Revelation 1:3 God blesses the one who reads this prophecy to the church, and he blesses all who listen to it and obey what it says. For the time is near when these things will happen.

I always wonder why we don’t preach it more. Yes I know, its too hard to understand, why create arguments in the body of Christ with something that ‘doesn’t matter that much’ :S Lame arguments, I think we’ll all get a talking to in heaven about why we didn’t put more effort into biblical prophecy. Considering prophecy is no less then a third of the whole bible (fulfilled and yet to be), its crazy that we don’t emphasize this. Not to mention its GREAT potential to really fire us all up and get us expecting, looking for His return.

This isn’t really supposed to be a rant on the lack of teaching on bible prophecy but oh well. I love watching the youtube videos on prophecy, tons of different speakers teaching it, at-least on the internet these days. Was reading Matthew 24 today and a verse there says that His return will be unmistakable. Hmm,… so if its unmistakable, world leaders will really have to do a job to get all those ‘left behind’ to believe its aliens, and the people will be gullible, they will be hard hearted.  The bible says those who do not believe cannot see clearly, they don’t understand the mysteries, the things of the bible, they have blinders on, they just don’t ‘get it’, it doesn’t make sense to them.

I hope my blogs and my like for bible prophecy get some others interested in the topic. Its so under utilized as a ministry tool – not that it just amounts to a ‘tool’… that sounds harsh and manipulating. It is though a great and interesting subject that will open peoples eyes for a couple seconds, it will interest them and thats why I think we need to push it more these days. 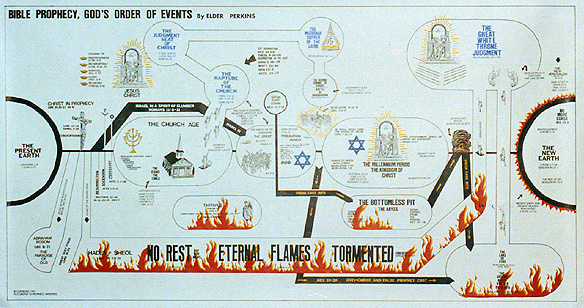