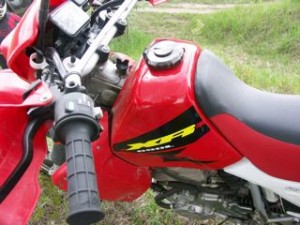 So, most know I own a Honda XL650. I love it, cruised over 10k on it this year. I’ve crashed, flipped, dropped,  smacked, dented, scrapped, scratched, and bottomed out this bike… Several times actually! Hm, which makes me think I should post some. I removed a bunch from facebook. Anywho, so Honda rocks, they make ‘bullet proof’ engines, as anybody with a Honda knows. They now have a bunch of interesting short films, ya its all marketing but hey, interesting none the less. Check it out here: http://dreams.honda.com/. They have one about failing, about how many times Honda blew up engines, lost races for years etc. Ha, just cool, Honda is great and they make the best motorcycles as far as I’m concerned. I have a bike that has lived through every possible terrain you could put it through from dunes, to rocks, to seat high mud bogging, and freezing

temperatures. Even the day I brought it home on the trailer, hadn’t really ridden it yet, and it fell over on the trailer after a 3 hour drive home (that was without incident) smashing the right mirror.  So ya, no lack of  ‘fail’ings with me as the owner. Go Honda! Ya I’m fanboy!